Doubts over vein blockages in people with MS

Serious doubts have been cast over whether a vein disorder, purported to cause MS and which was uncovered last year, actually exists. 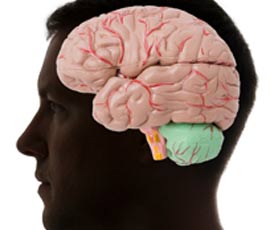 A study published online today, led by scientists from Barts and The London School of Medicine and Dentistry, part of Queen Mary, University of London, and University Hospital Charité, Humboldt University in Berlin, found no evidence supporting previous claims that blockages in veins play a significant role in MS.

The 2009 proposal, that people with MS have chronically blocked veins, which lead to a backflow of blood into their brains, was reported by a group of Italian researchers, who coined the term chronic cerebro-spinal venous sufficiency (CCSVI).

The research triggered international media interest and caused many people with MS to believe their veins need to be scanned and widened, or “liberated” in the words of the leading author. Treatment attempts based on the theory of CCSVI resulted in two serious adverse events, one of which was fatal1.

Dr Klaus Schmierer, a clinical senior lecturer in neuroimmunology at the Blizard Institute for Cell and Molecular Science at Barts and The London, and co-author of the paper published today, said his research with the University Hospital Charité in Berlin brought CCSVI into question.

Dr Zamboni and his co-researchers but we had quite different outcomes. In the 76 subjects used in our research, the blood flow in the head and neck veins was normal in everyone except for one person with MS,” Dr Schmierer said.

“Although some people have tried interventional procedures to ‘unblock veins’ we would strongly advise against this until further investigations into CCSVI and its possible role in MS are conducted.”

Dr Schmierer’s fellow researchers, Florian Doepp, Jose Valdueza and Stephan Schreiber, performed an extracranial and transcranial venous ultrasound analysis of 76 subjects; 56 people with MS and 20 healthy people. None of the subjects fulfilled more than one criterion for CCSVI.

“Although we didn’t find any evidence to support the theory of CCSVI, the discrepancies between the studies may be due to the inclusion in our study of blood flow analysis. We believe the comprehensive venous blood flow assessment performed in our study provides a strong basis to diagnose obstructions in the veins,” Dr Schmierer said.

Further studies to evaluate this theory are underway. Preliminary results from a large study at the University of Buffalo have so far been inconclusive.

Multiple sclerosis (MS) is a chronic and disabling disease of the central nervous system affecting 100,000 people in the UK and more than two million people worldwide.

Pathological changes in the brain and spinal cord of people with MS are characterised by inflammation in areas where nerve fibres have been stripped off their fatty insulation sheaths (known as demyelination). These ‘spots’ of inflammation and demyelination, called MS lesions, are often centered around small veins. A body of evidence suggests this topographic relationship in MS is a result of inflammatory (white) blood cells migrating through the venous wall into the brain, thereby causing areas of inflammatory demyelination. The study by Zamboni, et al. suggested MS lesions were caused by venous congestion due to narrowing of head and neck veins. The research published today provides evidence against this suggestion.

The study by Dr Zamboni et al. has been published in the Journal of Neurology, Neurosurgery and Psychiatry 2009;80:392-9.