Atheist or agnostic doctors are almost twice as willing to take decisions that they think will hasten the end of a very sick patient’s life as doctors who are deeply religious, suggests research by Barts and The London School of Medicine and Dentistry published online today (August 23) in the Journal of Medical Ethics. 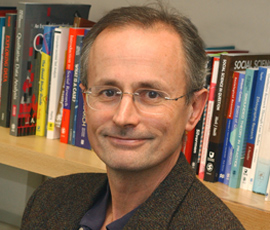 Led by Professor Clive Seale the research shows that doctors with a strong faith are less likely to discuss this type of treatment with the patient concerned.

The findings are based on a postal survey of UK doctors, spanning a wide range of specialties, which was designed to see what influence religious belief— or lack of it—had on end of life care.

The specialties included those in which end of life decisions would be particularly likely to arise, such as elderly care, palliative care, intensive care and other hospital specialties, and general practice.

The doctors were asked about the care of their last patient who died, if relevant - including whether they had provided continuous deep sedation until death, and whether they had discussed decisions judged likely to shorten life with the patient - their own religious beliefs, ethnicity, and their views on assisted dying /euthanasia.

But overall, white doctors - who comprised the largest ethnic group among the respondents - were the least likely to report strong religious beliefs.

Ethnicity was largely unrelated to rates of reporting ethically controversial decisions, although it was related to support for assisted dying/euthanasia legislation.

Specialty was highly related to whether a doctor reported a decision which they had expected or partly intended would hasten the end of a sick patient’s life. Doctors in hospital specialisms were almost 10 times as likely to report this as doctors specialising in palliative care.

But irrespective of specialty, doctors who described themselves as “extremely” or “very non-religious” were almost twice as likely to report having taken these kinds of decisions as those with a religious belief.

In the few cases where the most religious doctors made such decisions, they were significantly less likely to have discussed them with their patients than were other doctors.

These attitudes were reflected in support for assisted dying/euthanasia legislation, with palliative care specialists and those with a strong faith more strongly opposed to it. Asian and white doctors were less opposed to such legislation than doctors from other ethnic groups.

Professor Seale concludes that the relationship between doctors’ values and their clinical decision making needs to be acknowledged much more than it is at present.

The study was funded by a consortium of charities co-ordinated by the National Council for Palliative Care. For a comment from these sponsors, contact: