Citizen cyberscience is a growing trend where ordinary people use their computers and the world wide web to contribute in meaningful ways to an increasingly wide range of scientific challenges.

Citizen cyberscience activity takes place all over the world and by its very nature participants very rarely – if ever – meet. But now, for the first time, a Citizen Cyberscience Summit in London has brought them together to showcase new projects and to provide a platform for scientists and citizens to share their thoughts on the impact of citizen cyberscience face-to-face. 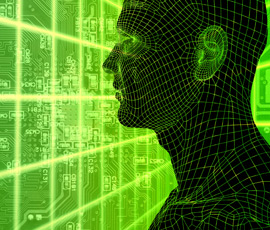 The Summit has been organised by the Citizen Cyberscience Centre, based at CERN in Geneva, along with Queen Mary, University of London, and partners from King's College London, Imperial College London, UCL and GridRepublic. It is supported by the Shuttleworth Foundation, the Joint Information Systems Committee (JISC), e-ScienceTalk and Microsoft Research.

Speakers included David Anderson, director of the SETI@home project, Space Sciences Laboratory, University of Berkeley; George Dyson, historian and philosopher of science and author of 'Darwin Among the Machines'; and Myles Allen, head of ClimatePrediction.net at Oxford University.

There are currently more than 100 active citizen cyberscience projects - many address topical themes, such as modelling climate change (ClimatePrediction.net) or simulating the spread of malaria (MalariaControl.net).

Queen Mary, University of London is involved in two projects exhibited at the Summit: CERN@School and LHC@Home. Science teacher Becky Parker from the Simon Langton Grammar School for Boys in Canterbury explains why she's so excited about CERN@School: "The reason I'm here today is because my students are using distributed computing power to analyse data from cosmic rays." The project harnesses the combined computing power of The Grid, a network which comprises many PCs across Europe, and uses it to examine data from the experiments carried out at the CERN research station.

Anyone with a computer can get involved

The LHC@Home project allows anyone with a computer to become involved in the Large Hadron Collider (LHC) particle physics experiments by using their computers to calibrate the collider’s beams.

Professor Steve Lloyd, head of the Particle Physics group at Queen Mary said: "This was an extremely interesting event showcasing a huge range of projects across many disciplines. At Queen Mary we are very excited about contributing to the CERN@School Project presented by Becky Parker whose talk was described as 'truly inspirational' by one delegate."

John Ellis, Professor of Theoretical Physics at King's College London said: "Citizen cyberscience offers people around the world the opportunity to contribute to cutting-edge scientific research that may be of fundamental significance, as well as having applications relevant to their own lives. The Large Hadron Collider at CERN has already benefited from the contributions of citizen cyberscientists, and this event will provide an ideal opportunity to showcase this and other possibilities for more citizen cyberscientists to get involved in this and other scientific projects."

Francois Gray, Citizen Cyberscience Centre Co-ordinator, said: "There are already hundreds of thousands of people actively contributing to citizen cyberscience - we want to reach tens of millions. This event will provide a unique opportunity to brainstorm about how new technologies can enhance citizen cyberscience, and how researchers in the developing world can exploit this highly appropriate low-cost approach to doing science. One bold ambition of the summit is to draft a citizen cyberscience manifesto, involving all stakeholders in the field."

The event attracted amateur and professional scientists, people who care about the impact of science on society, and of society on science, and those working in the digital humanities and cultural heritage.