Queen Mary sets the standard for architecture and urban design

One of Queen Mary, University of London’s most striking buildings is to become the centre of attention for a group of school children, as part of the Open-City project that showcases works of exemplary architecture in London. 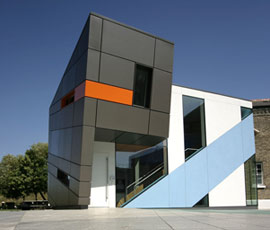 The pupils from Sacred Heart Catholic Primary School, in North London, are visiting the award-winning Lock-Keeper’s Cottages on Wednesday 19 May along with representatives from RHM architects, who work with Open-City.

Open-City, which was previously called Open House aims to educate and inspire young people about good architectural design. It is the only independent organisation that works year round with councillors, planners, students, young people, the public and all professionals who are active in shaping the built environment.

The group are being guided by Queen Mary’s Joshua Bronson, who works in the graduate school, located in the Cottages. He said: “The College is pleased to welcome the pupils and we hope that this proves to be an inspirational visit, both for their appreciation of the possibilities of architectural design, as well as for the excitement of learning.”

The Lock-keeper’s Cottage was awarded a prestigious RIBA Award in 2006, and the Cottage has been described metaphorically as a banana by Independent correspondent, Jay Merrick, who commented on how the building has been “peeled and folded outwards from its original architectural form”. 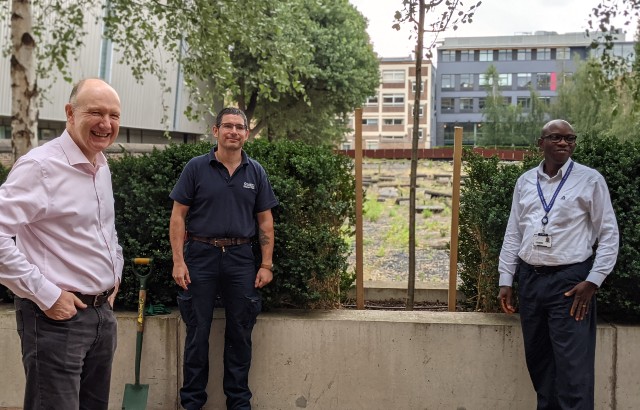