"Cadbury certainly played its heritage card in the recent buyout negotiations.  Most media coverage refers to the chocolate company’s values rooted in the Quaker faith of its founding family. 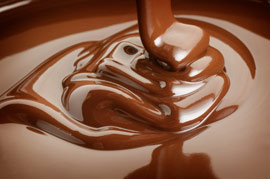 Very few commentators were prepared to warn against Cadbury using heritage and national identity in its defence, as it was bound to appear hypocritical if it turned out just to be a ruse to raise the bid price.

However there are contradictions when a company like Cadbury invokes nostalgia for its past.  For one thing, the nostalgic idealisation of the past often goes hand in hand with demonising the present, as with the chocolate firm’s prospective owners, Kraft.

But Cadbury must be used to that by now.  Back in 1968 the Cadbury board was worried that if alcohol was allowed in its works social club it would show they were “going to the dogs,” and that “standards” were expendable.

It would be nonsense to suggest that Cadbury’s heritage is pure myth, but on closer inspection it is clear that it has been carefully moulded over time.  For a start, the Quaker faith itself was transformed between the late nineteenth and the early twentieth centuries.

There was a shift from a kind of evangelical fundamentalism to a more liberal faith.  The hard-faced Quaker capitalists - that Karl Marx derided for flouting the Factory Acts by working children in their factories - were replaced by the enlightened industrialists that we’ve come to associate with Quakerism today.

That association of Quakerism with enlightened employment was very much one of Cadbury’s own making, along with Fry, which they owned from 1919, and Rowntree, which they worked closely with.

In fact the inspiration for many of the institutions associated with Cadbury’s labour management came from outside the firm. Bournville Village owes much to the nascent Garden City movement of the 1900s.

The welfare measures introduce during the rapid expansion of its workforce were partly lifted from American companies, such as the National Cash Register, which one of the younger Cadbury’s visited in 1901.

Finally the works councils that operated from 1918 to 1978 were largely based on the Whitley committees that the government encouraged after the First World War.

Cadbury is now known for its adoption of fair trade. But over the years it has been dogged by accusations of hypocrisy over its sourcing of cocoa.  In 1901 the company bought 55 per cent of its cocoa from plantations on the island of San Tome, a Portuguese colony off the coast of West Africa, where slavery was know to exist.

Cadbury initiated a full investigation, but it did not stop buying the cocoa until 1909.  This by no means a skeleton in Cadbury’s cupboard.  It has been dealt with at length in various historical accounts, including those sanctioned by the company and the Cadbury family.  But the slavery issue has been neatly sealed off from the corporate heritage that is part of our national social memory.

With the takeover of Cadbury I wonder what will happen to its history and heritage.  Unlike Rowntree, Cadbury still lacks an authoritative book covering its corporate history.  This would be an opportunity for Kraft to commission such a study.

It might not be top at the top of the list of Kraft’s priorities — they will be focused on how to pay back the money they borrowed to buy Cadbury — but they should also carefully consider how they will deal with Cadbury’s heritage, and its representation at Cadbury World, a popular visitor attraction.

To a large extent Kraft is now the guardian of Cadbury’s heritage. It is not only responsible for how Cadbury is managed, but how, as an independent British company, it will be remembered.