Truth and the historian

Leading intellectual historian Professor Quentin Skinner is to give his inaugural lecture at Queen Mary, University of London on Wednesday 2 June 2010. 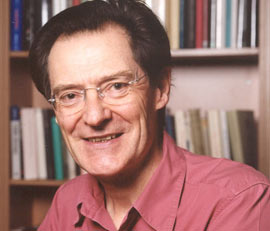 “To be an intellectual historian”, says Professor Skinner, is to be interested in recovering the patterns of belief that prevailed in past societies.”

“When we study such unfamiliar systems of thought, we come upon many claims that strike us as true, but many others that appear obviously false.”

An interesting consideration, says Professor Skinner, in historiography is what role should be played in our explanations of such beliefs by our assessment of their truth or falsity?

He will go on to examine a number of answers that have been offered to this conundrum, arguing that they inescapably raise the spectre of relativism.

This leads to a further question with which the closing section of the lecture is concerned. Are historians professionally committed to accepting a relativistic account of moral and factual knowledge?

Quentin Skinner joined Queen Mary in 2008 as Barber Beaumont Professor of the Humanities in the Department of History, having previously been Regius Professor of Modern History at the University of Cambridge.

The author or co-author of more than 20 books on modern political theory and intellectual history, Professor Skinner has won numerous prizes, including the Wolfson Prize for History in 1979 and a Balzan Prize in 2006.

Truth and the Historian

Barber Beaumont Professor of the Humanities