Professor Rachael Mulheron, of the School of Law, comments on the withdrawal of the proposed class actions for financial services claims:

The recent demise of the proposed collective (class) actions regime for financial services claims was an important consequence of the legislative ‘wash-up’ which followed the announcement, on 6 April, of the general election. 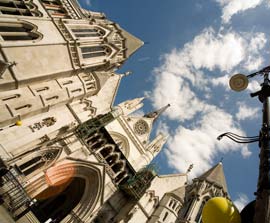 According to the City Minister, Lord Myners, ‘the Government continue to believe that these provisions are necessary, sensible and desirable. However, in the interests of securing other important elements of the Bill, on which greater consensus exists, the Government has agreed to withdraw them.’

The collective actions regime, which was contained in cll 18—25 of the Financial Services Bill 2009 (FSB), would have permitted an opt-out class action for the first time in English legal history. An opt-out regime permits a class representative to bring a claim forth on behalf of a class of persons who are described, rather than individually identified, at least at the commencement of the litigation, and where class members who do not proactively opt-out of the class will be bound by any decision for, or against, them, on the common issue/s shared by them all.

By contrast, collective redress regimes in England have, to date, proceeded upon bases whereby the class members proactively opt-in to the group, or whereby test or lead claimants are chosen to test common issues, or whereby membership of the class is mandated because of the nature of the dispute.

The FSB was introduced into Parliament against a backdrop of extensive law reform consideration of the issue by the Civil Justice Council of England and Wales (CJC), together with analysis and consultations by various government departments and by HM Treasury, during the course of 2008—9.

It was an extremely important initiative which would have provided ‘ordinary people’, and small-and-medium-sized enterprises, with an opportunity to gain access to a more level playing field in seeking redress for common grievances arising out of financial services claims.  Had the regime been enacted, it would also have provided an important template for other sectoral reform which may potentially follow.

Notwithstanding recent political events, the topic of opt-out collective redress reform has gained much momentum, in light of the promulgation of the FSB. This, in itself, is extremely useful and important for future reform measures.  It is essential that whatever reforms are ultimately enacted are considered to be fair and workable by all potential stakeholders (claimants, defendants, legal representatives, funders, judiciary, and insurers), and the FSB has already achieved a great deal in bringing that debate to the fore.

Prof. Mulheron is a member of the Civil Justice Council, and author of Reforming Collective Redress in England and Wales: A Perspective of Need (A Research Paper for the CJC, Feb 2008) and The Class Action in Common Law Legal Systems: A Comparative Perspective (Hart Publishing, 2004).

She is also a member of a working group which is comprised of members of the judiciary, the Ministry of Justice, the Civil Procedure Rules Committee, and the CJC, and which was formed to undertake the task of preparing draft rules of court to underpin future statutory collective actions regimes.