Politicians using spin, image overhauls and media manipulation to win ‘hearts and minds’ at election time is nothing new; it is a tactic that dates back to the Tudors, argues a leading historian at Queen Mary, University of London. 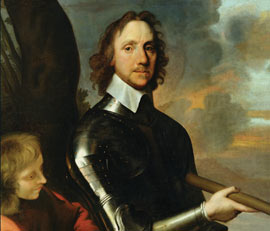 In his inaugural lecture on 5 May 2010, Kevin Sharpe, Professor of Renaissance Studies, will examine how far British kings and queens of the sixteenth and seventeenth centuries depended on their image for their authority.

“Image was by no means under royal control,” explains Professor Sharpe, “just as we have 24/7 news via the internet today, 500 years ago there was the explosion of print, woodcuts and later the emergence of cartoons.” It meant that monarchs were publicly scrutinised by rivals and critics in every medium of the day, he adds.

Professor Sharpe, who specialises in the culture and politics of early modern England, will explore the rhetorical techniques employed in royal speeches, and how rulers portrayed themselves to their subjects.

“Some rulers used the media to their advantage, stage managing their public image in a bid to strengthen royal authority, but just as today there were inherent risks to courting publicity,” he says, “such as a demystification of royalty.”

“Social media sites like Twitter give us unprecedented access to the personal thoughts of today’s leaders, often ‘warts and all’, but it’s not a new phenomenon; Henry VIII was not averse to “parading in print his marital problems with Catherine of Aragon”.

Author of over 40 articles and 14 books, Professor Sharpe is currently completing a three-volume study on images of British monarchy from Henry VIII to the accession of George I. The second volume Image Wars is published by Yale University Press in May 2010.

Professor Sharpe was historical consultant to the 2009 blockbuster art exhibition Van Dyck in Britain at the Tate. He has also reviewed regularly for the Sunday Times, Times Literary Supplement, The Independent, and The Spectator among other titles and writes a regular column for the Times Higher Education.

The event is free but advance reservation is recommended. To book a place, please email events@qmul.ac.uk