Survey of doctors reveals the decisions they make over dying patients

Over a third of doctors report making decisions which they expect will hasten the death of a patient in their care, according to research* from Queen Mary, University of London. 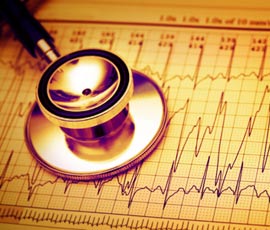 Such decisions include withholding a treatment, CPR, feeding or water, or giving a drug to control pain or other symptoms.

These are the findings from a survey of nearly 3,000 doctors reporting on the last patient they attended who died.

They were also less likely to be made by doctors who hold strong religious beliefs.

The study’s author Clive Seale is Professor of Medical Sociology at Queen Mary, University of London. He explained: “This research gives us some idea of the decisions doctors make when caring for dying patients. It also tells us that where a doctor works and their religious beliefs can play a role in these decisions.”

Results also show that decisions which were expected or intended to hasten death were no more likely when doctors were treating vulnerable patients, such as the very elderly or those suffering from dementia.

In addition, doctors reported that they discussed decisions with their patients, relatives and other carers and tended to make these decisions when they believed further treatments would be futile.

Professor Seale added: “These results are reassuring because they suggest that doctors are consulting with their patients. They also suggest that patients who might be considered to be vulnerable are receiving the same treatment as others.”