Majority of UK doctors opposed to legalisation of euthanasia

Two-thirds of UK doctors are opposed to the legalisation of euthanasia and physician-assisted suicide, according to survery results published this week in Palliative Medicine and led by a Queen Mary scientist. 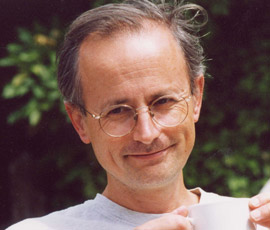 More than 3,700 doctors replied to the survey, which was commissioned by a group of UK charities including the MS Society in response to the House of Lords’ 2005 select committee report on the Assisted Dying for the Terminally Ill Bill.

Study author Professor Clive Seale from the Centre for Health Sciences, Queen Mary University of London, said: “This research shows stark differences between public opinion and that of doctors. Elsewhere in the world, opposition among doctors has been a major factor in preventing the legalisation of euthanasia or physician-assisted suicide.”Opposition to euthanasia and physician assisted suicide was higher among specialists in palliative care and care of the elderly. Fewer than one in 10 palliative care specialists believed euthanasia or physician-assisted suicide should be legalised, compared with one in three among GPs.

The study was commissioned by the National Council for Palliative Care, Age Concern, Help the Hospices, Macmillan Cancer Support, the MND Association, the MS Society and Sue Ryder Care.