Researchers at Queen Mary, University of London have won a million Euro grant* to bring together Europe’s foremost experts on the health effects of noise pollution. 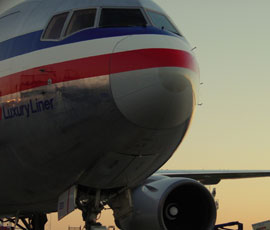 Evidence on the impact of noise pollution on health is mounting but there are still significant gaps that need to be filled.

The European Network on Noise and Health (ENNAH), funded by the European Union will draw together researchers from 16 countries in the first of a series of meetings to be held in London this week. They will share results of their research on the effects of excess noise and discuss ways of reducing noise pollution.

This new network of researchers will be led by Professor Stephen Stansfeld and Dr Charlotte Clark. The same team of researchers was behind a major study showing that children exposed to aircraft noise showed reading difficulties and impaired memory.

Other research to be showcased at the meeting will highlight the effects of noise pollution on blood pressure, sleep, mental health and the immune system.

Environmental noise, caused by traffic, industrial and recreational activities is a major problem in Europe with roughly 20 per cent of the EU’s population - or close to 80 million people - suffering from potentially damaging noise levels.

*Funded by a grant from the European Union's Seventh Framework Programme of Research.