Baking soda could reduce the need for dialysis

A daily dose of simple household baking soda can prevent the need for patients with advanced chronic kidney disease to go on a dialysis machine according to researcher at Queen Mary, University of London. 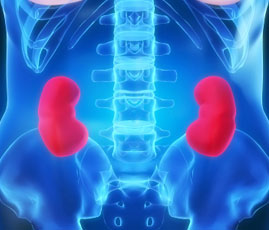 Regulated doses of baking soda under strict medical supervision appear to slow the decline of kidney function in some patients according to a study in the Journal of the American Society of Nephrology.

The lives of 3 million people in the UK are threatened by chronic kidney disease, according to Kidney Research UK.

One group received a small daily dose of sodium bicarbonate in tablet form, in addition to their usual care. For this group, the rate of decline in kidney function was around two-thirds slower than in other patients.

Patients taking sodium bicarbonate even saw the rate of decline in their kidney function shrink to a level similar to the normal age-related decline.

Lead researcher Professor Magdi Yaqoob, explained: “It’s amazing. This is the first randomized controlled study of its kind. A simple remedy like sodium bicarbonate, when used appropriately, can be very effective.

“This study shows baking soda can be useful for people with kidney failure. That is, as long as the dose is regulated and under supervision.

“What happens is the inflammation of kidney is prevented by baking soda because a chemical reaction takes place limiting ammonia production in the kidney.

“This cheap and simple strategy also improves patients' nutritional well-being and has the potential to improve quality of life and of course a clinical outcome that can remove the need for dialysis. Baking soda is not classed as a drug so this study has never been tried before.”

The researchers note some important limitations of their study - there was no placebo group and the researchers were aware of which patients were receiving sodium bicarbonate.

"Our results will need validation in a multicentre study," says Professor Yaqoob.