Using magic to learn about maths

An academic from Queen Mary, University of London has launched a series of videos featuring magic tricks that are conjured from a mathematical perspective. 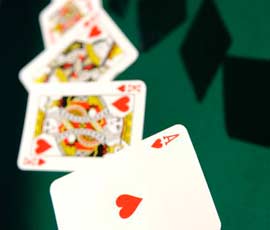 Professor Peter McOwan from Queen Mary’s School of Electronic Engineering and Computer Science has produced a series of videos entitled ‘Maths in Magic’ and ‘Hustle’ in conjunction with More Maths Grads (MMG). MMG is a three year project to boost the number of students studying mathematics and encourage participation from groups of learners who have not traditionally been well represented in higher education.

“The videos were made to help show how the power of maths can entertain and mystify, and how if we aren’t careful can even part us from our hard earned cash.”

Each video, filmed with a live audience, shows how the scams and tricks are performed, then reveals the clever maths behind the scenes. Professor McOwan added: “Hopefully viewers will learn a magic party trick or two, and be less likely to be conned mathematically in the future.”

Queen Mary is leading the MMG project in east London and is working closely with nine local schools to offer a series of activities to suit their needs. MMG national project manager Makhan Singh said: “The beauty of maths comes alive in these two short movies, highlighting that maths is more than just numbers - maths is actually a creative art form - an art that can create mystery, suspense and intrigue.”