Scientists from Queen Mary, University of London and the University of Fribourg (Switzerland) have found evidence that magnetism is involved in the mechanism behind high temperature superconductivity. 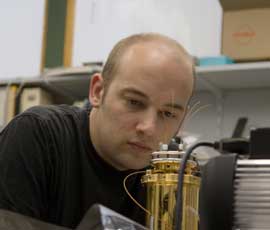 An electrical current flowing round a loop of superconducting wire can also continue indefinitely, producing some of the most powerful electromagnets known to man. These magnets are used in MRI scanners, to ‘float’ the MagLev train, and to steer the proton beam of the Large Hadron Collider (LHC) at CERN. Envisaged future applications of superconductors exist also in ultrafast electronic devices and in quantum computing.