Kids battle with artificial intelligence at the Tower of London

Two of Queen Mary’s award-winning science communicators will be entertaining local school children at the Tower of London this week, as part of National Science and Engineering Week. 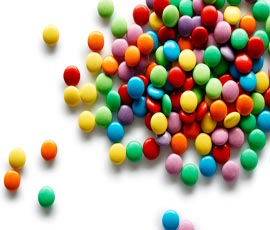 Professor Peter McOwan and Dr Paul Curzon, co-creators of the Computer Science For Fun project (cs4fn), will be teaching children about artificial intelligence using computers and sweets, at the Royal Armouries Museum in the White Tower at the Tower of London.

Their event is part of a week-long programme of workshops which aim to inspire pupils to see science in an alternative context, covering the curriculum areas of Science, History and Design Technology, and is run by the Royal Armouries (the national museum of arms and armour).

Dr Curzon explains: “Humans were once the best games players on the planet; then the machines started getting smart. Now they can whip us at just about any board game we might challenge them to play!

“In this workshop we’ll be teaching children about what makes computers smart, and how they can even teach themselves to win. They will play against our ‘Sweet Computer’, which gets better and better the more we eat its sweets! We hope that along the way the children will learn about intelligence and some of the computer science behind artificial intelligence.”

Amy Preece, Science Education Officer for the Royal Armouries at the Tower of London, added: “We have had a science programme here for six years but this marks an important step forward as we extend our curriculum provision in an attempt to inspire STEM pupils of the future.”

The Sweet Computer is just one of several events taking place in and around Queen Mary, University of London for National Science and Engineering Week 2009. For more information about NSEW 2009, visit the British Science Association website: http://www.britishscienceassociation.org