Discovering the secret code behind photosynthesis

Scientists from Queen Mary, University of London have discovered that an ancient system of communication found in primitive bacteria, may also explain how plants and algae control the process of photosynthesis. 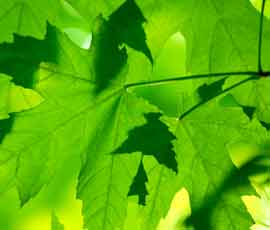 Two-component signal transduction systems (TCSTs) have long been recognised as the main way in which bacteria coordinate their responses to changes in their environment. But recent research has shown that these ‘bacterial’ two-component systems have also survived in plants and algae, as a way of sending signals within their cells.

These systems, which are thought to have evolved from ancient cyanobacteria, are found in chloroplasts - the part of a cell of a plant which conducts photosynthesis, converting light to chemical energy.

Writing in the Royal Society journal Proceedings of the Royal Society:B, Dr Sujith Puthiyaveetil and Professor John F Allen from Queen Mary’s School of Biological and Chemical Sciences report that these two-component systems have played a fundamental role in linking the process of photosynthesis with gene expression, thereby determining the way that all plants adapt to changing environments.

Dr Puthiyaveetil explains: “We already know that two-component systems act as a type of on/off switch for genes in bacteria. But the survival of these bacterial-type on/off switches in chloroplasts suggests a new model for gene regulation in plants.”

Professor Allen adds: “To many, it will be shock to learn that some messages are sent within plant cells - and, probably, animal cells - using the same telegraph system as the one found in 'primitive' bacteria. It would be like discovering Morse code in your computer network, or a wax cylinder at the heart of your new, shiny digital HiFi. To us, however, the discovery is exciting evidence for an unorthodox theory of cell evolution first published sixteen years ago in the Journal of Theoretical Biology.”