Dominic Grieve QC, MP for Beaconsfield, Shadow Justice Secretary and Shadow Attorney General, is to give the annual Lord Smith of Clifton lecture at Queen Mary, University of London, on Wednesday 4 March 2009. 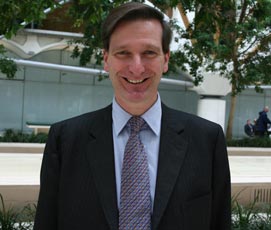 Mr Grieve will discuss, from a Conservative perspective, the subject of ‘Multiculturalism’, tracing its origins as a political philosophy, and how the term manifests itself in British society today.

He will also touch upon the rise of political correctness, its impact on freedom of speech and review the impact of the seminal report The Future of Multi-Ethnic Britain (2000) by Lord Parekh, chair of the Runnymede Trust.

Mr Grieve argues: “Multiculturalism was intended to create a more cohesive and friendlier society by facilitating bringing people together. But instead the laws and concepts underlying it seem to me to drive people apart endangering our traditional sense of community based on commons values.

“Greater diversity within our society must be recognised and applauded.  But it seems to me that the zealous regulation of conduct, the imposition of state-defined orthodoxy on public and private conscience and the overburdening of law and regulation, have the consequence of undermining that confidence and are deterring participation and engagement.

He adds: “Instead of children being taught to take interest and have respect for past events and individuals who have shaped their lives, they are encouraged to be contemptuous of people who did not live up to the then unknown values of modern Britain in their own era.

“Lack of understanding of origin and identity is the breeding ground in all people of irrational fear of others and from it springs extremism and intolerance.”

Leader of the Opposition, David Cameron appointed Dominic as Shadow Justice Secretary in January 2009 in addition to continuing as Shadow Attorney General.

As well as being a politician with strong interests in Law and Order, Constitution, European Union, Defence, Environment and Foreign Affairs, Dominic Grieve is also a barrister specialising in health and safety law. He was appointed a Queen’s Counsel in 2008.