The Indian justice system and its impact in the UK

Dr Prakash Shah, senior lecturer at Queen Mary’s Department of Law, has been awarded funding from France’s L'Agence Nationale de la Recherche (ANR) for a major project on the governance and administration of justice in India and its affect on trans-national South Asians in the UK. 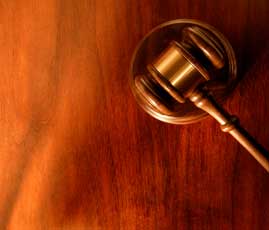 Governance and justice in Contemporary India is an in-depth and interdisciplinary study by a group of international scholars of criminal court cases, social justice, environmental policies, secularism, access to justice and human rights.

Funding of 3,000 Euros is to be used by Dr Shah, together with Livia Holden, adjunct research fellow in international human rights, Griffith University, to investigate conflicts of laws in trans-national cases concerning South Asian diasporas, taking on board South Asian laws in France, the United Kingdom, Germany, United States and Australia.

Prakash Shah,  an expert on Sharia law often quoted in the national media, will work on the United Kingdom as a case study with specific emphasis on the relationships between policies, legislation and case law and their collective impact on the British-born South Asian population.

Through the analysis of current legal cases and modern legislation he will investigate how different groups have fared within this process particularly Muslims, Hindus and Sikhs but also smaller minorities like Jains and Parsis.

“Our research is likely to highlight, on the one hand, the array of legal solutions that South Asian migrants are susceptible to export, and, on the other hand, the potential recognition or miscommunication in the interaction between South Asian diasporas and the legal authorities,“ acknowledged Dr Shah.

The first seminar, bringing together some European experts, is being planned for autumn 2009 to be held in Paris.