This week’s Financial Times report that a deal is being discussed under which Microsoft would obtain exclusive rights to index News Corporation’s paid-for content raises interesting questions about online business models. 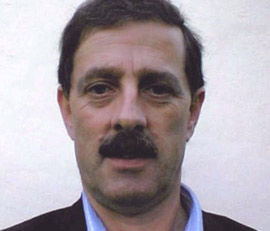 News Corporation had already announced its aim to move to a two-tier model for online content. Some (probably including news reporting) would remain as free access, indexed by all search engines. The remainder (mainly in-depth analysis with a longer shelf life) would only be viewable by subscription customers. The Financial Times has used this model successfully for some years.

But how are potential customers to find the paid-for content? This is where search engines play a crucial role.

The power of search engines was illustrated earlier this year when the music industry demanded increased payment from YouTube for hosting commercial music videos. When talks broke down, YouTube simply removed the content from its service. This produced plaintive cries from the music industry, and eventually led to a settlement under which YouTube paid a flat annual fee, rather than a fee-per-view as originally demanded. It was clear that the music industry needed YouTube more than YouTube needed them.

The reports of the News Corporation discussions suggest that Microsoft will pay a fee for the exclusive right to index paid-for content via its Bing search engine, and thus that other search engine (particularly Google) will not be usable to search for it. At first sight this looks like a major competition issue, but that may not be so. News Corporation owns the copyright in this content, and exclusive copyright licensing deals for content fall outside competition law except in special circumstances.

More interesting are the commercial calculations. Microsoft hopes that the new users attracted to its Bing search engine would produce more revenue than it pays out. News Corporation has to balance the income it would gain from Microsoft against the lost revenue from those customers who stick to Google or other search engines. No-one can say how this will pan out.

If a deal is cut, and it works, there would be important implications for the entire online content sector. It seems clear that the long-term future holds some kind of mixed economy model because content revenue from offline sales is on a rapidly downward spiral. What that model would look like, and how to get there from here, are the unanswered questions. The music industry might make a reduced living from live performances and merchandising, but the movie industry is just starting to face the same issues and clearly cannot survive on cinema takings alone.

Chris Reed is Professor of Electronic Commerce Law at Queen Mary, University of London. He is currently working full-time on a two-year Major Research Fellowship funded by the Leverhulme Trust, which is investigating the best ways of making law for cyberspace.