MI5’s official historian, Professor Christopher Andrew is to speak at Queen Mary, University of London on Tuesday 3 November 2009. The event is being held to mark the centenary of the British Security Service. 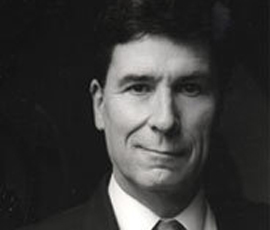 A professor of Modern and Contemporary History, and former chair of the History faculty at Cambridge University, Professor Andrew will deliver the Mile End Group Lecture on the ‘100th anniversary of MI5’.

“Professor Andrew is Britain’s leading intelligence historian and we are incredibly pleased to welcome him to Queen Mary,” comments Dr Jon Davis, Executive Director of the Mile End Group. “As the first person to gain exclusive access to MI5 records, he has been able to lift the veil of secrecy which has surrounded the Security Service since it was founded 100 years ago. His lecture will offer a fascinating insight into this world-famous intelligence agency.”

Professor Andrew was charged with producing the first authorised history of the MI5 to co-inside with its centennial. The book, The Defence of the Realm - from regnum defende, the Security Service's motto, which has just been published, used 400,000 of the organisation's own secret files and archives to tell its story from 1909 to the present day.

Professor Andrew has authored a vast amount of original research into the uses and abuses of intelligence, and is a co-editor ofIntelligence and National Security.  His reputation as a historian of intelligence studies was cemented with two studies completed in collaboration with two KGB defectors.

Since 1980, Professor Andrew has been a regular presented of BBC radio and TV documentaries on international relations, including the Radio Four series What If?

He is Visiting Professor at Harvard, Toronto and Canberra and also holds the chair of the Cambridge Intelligence Seminar, Corpus Christi College.

Among his main publications are Secret Service: The Making of the British Intelligence Community (1985), For The President's Eyes Only: Secret Intelligence and the American Presidency from Washington to Bush (1995) and Eternal Vigilance?: Fifty Years of the CIA (1997), co-written with Rhodri Jeffreys-Jones.

The lecture will be followed by a Question and Answer session and a drinks reception.

This is a ticketed event, to confirm attendance, please email: meg@qmul.ac.uk