European Integration: A ‘One Way Street’

David Cameron, on 4 November 2009, made a major announcement on the constitutional arrangements a future Conservative government would put in place regarding the UK’s relationship with the European Union. Below, Kenneth Armstrong, Professor of European Law at Queen Mary, University of London, asks three important questions about these proposals. 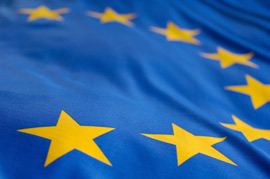 Is a Referendum a One-Way Street?

The amendment proposed to the European Communities Act 1972 would provide for a referendum for any transfer of powers from the UK to the EU. But would a referendum also have to be held if powers were to move from the EU to the UK as is proposed with the opt-outs on social and labour law and on the EU Charter? Do voters only get a one way say?

Who holds the key to the lock?

But how binding could such a referendum be? On the one hand, there is an announcement of a new ‘Sovereignty Act’ which would enshrine the historic principle of the sovereignty of Parliament. On the other hand, there is the assertion that the people should decide on any future transfers of powers which would seemingly bypass the role of Parliament.

The only way of squaring this is for such referendums to be consultative in nature. If that’s the case, then the key to the ‘lock’ is not in the hands of the people after all. At best it would be another consultative step in the process but with the authority to ratify remaining with the Executive in exercising the powers of the Royal Prerogative albeit subject to the consultation of Parliament and of the people.

So who is to hold the key: the people in a referendum, or a truly ‘sovereign’ Parliament?

(a)   The EU Charter of Fundamental Rights

The primary purpose of the Charter is to act as a set of legal standards to control the exercise of powers by the EU’s own institutions. Why would the UK want to deny itself the possibility of challenging EU legislation on the basis that it violated the fundamental rights contained in the Charter?

(b)  Social and Labour Law

Opting out of the EU’s decision-making processes on social and labour law matters would not prevent existing law from applying to the UK. Therefore, the UK would need to seek to renegotiate all and every piece of existing EU legislation to which it decides to object.

The Working Time Directive is identified as one piece of legislative that a future Conservative government would seek to renegotiate. Yet in April 2009, officials abandoned attempts to revise the directive after five years of protracted negotiations. Re-opening that negotiation would be extremely difficult and why would we expect any different outcome?