Are judges a law unto themselves?

Richard Nobles, Professor of Law at Queen Mary, University of London is to deliver his inaugural lecture ‘Why Do Judges Talk the Way They Do?’ on Thursday 5 March 2009. 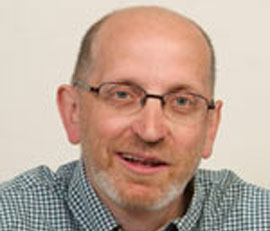 He will focus on two examples that are integral to legal theory: whether judicial speech tells us anything about judges’ loyalty and commitment to the legal system, and why judges fail to acknowledge the extent to which they are law makers, and not just law enforcers.

Professor Nobles explains: “I will examine how judges come to make laws and why they often fail to acknowledge that they are carrying out the role of legislator when they do so.

“Is the gap between the degree of judicial law-making and the relatively infrequent admission, in legal decision, that this is what is occurring, an example of hypocrisy or ideology?

“These issues are central to our understanding of the constitutional separation of powers between government and the courts.”

Richard Nobles began his academic career researching the legal structure of pension schemes and joined Queen Mary, University of London in September 2006 after teaching at LSE for 25 years.

He has written several books with fellow Queen Mary law expert Professor David Schiff, including Pensions, Employment and the Law (1993); Understanding Miscarriages of Justice: Law, the Media and the Inevitability of a Crisis (2000); and A Sociology of Jurisprudence (2006).