Researchers Benedetta Zocchi, Ekta Oza and Nuni Jorgensen discuss how CSOs working with migrants and refugees in India and Brazil were compelled to diversify their traditional sources of funding and foster new solidarity initiatives during the pandemic. 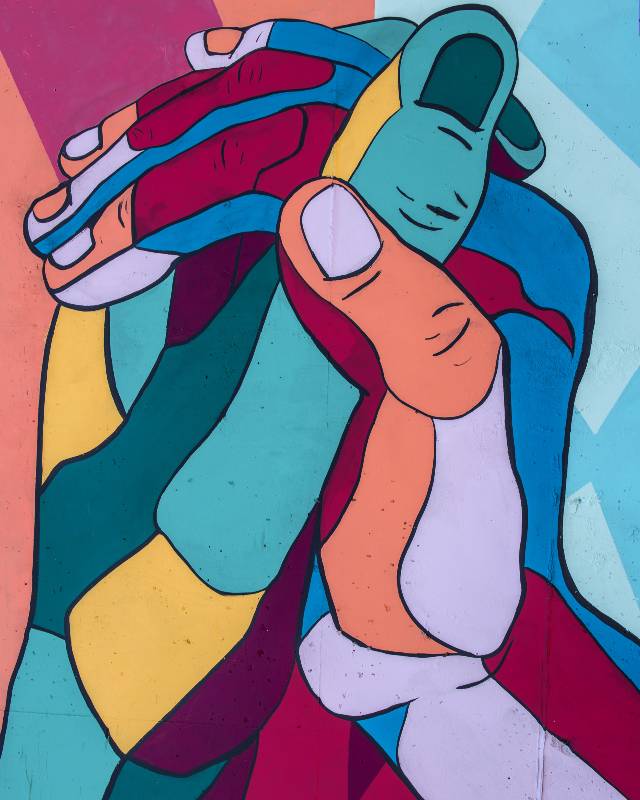 In the past year, Civil Society Organizations (CSOs) across the globe re-oriented much of their work to face the new challenge of the global pandemic. Those involved with vulnerable migrant populations had to re-organise their resources to address the overlap of already present vulnerabilities with those that emerged from the health and socioeconomic crisis. As a result of growing and changing demands, CSOs working with migrants and refugees in India and Brazil were compelled to diversify their traditional sources of funding and foster new solidarity initiatives during the pandemic. Information collected through 52 interviews with CSOs’ representatives in Brazil and India as part of our research project on migration, pandemic and Civil Society, shows that these adjustments looked different in the two countries.

In Brazil, as we explore in the project’s report (to be launched on April 21st), several new cooperation initiatives have been established with the private sector. Because many organisations had to divert their scope of action and start relief programs– such as food and hygiene kits distribution- in-kind assistance from supermarkets or food-chains have become particularly relevant. In other cases, businesses made donations of food-vouchers or directly contributed to organisations as donors. CSOs’ representatives, especially those working for larger NGOs, also mentioned an increase in international funding opportunities, either coming from their own organisations’ headquarters, or from European and North American foundations. In addition, CSOs started to rely more heavily on grants and projects carried out by different United Nations agencies, especially in the northern region of Brazil. Importantly, some research participants have stressed that the prospection of foreign funding has become a strategy to maintain their independence vis-à-vis state institutions. The diversification of sources of aid, however, does not mean that organisations thrived during the pandemic. As reported by one of our interviewees, whilst resources certainly increased, they were not enough to cover the growth in expenses generated by the health/socio economic crisis. In other cases, CSOs received in-kind donations– such as food parcels - but lacked the capacity or technical skills to distribute them.

The pandemic also affected organisations in different ways: smaller grass-root associations, which often do not count with professional workers and used to rely on social events to raise money, were the most affected by social isolation measures and some even struggled to cover their basic expenses over the past year. Yet, a common topic brought by research participants was the increase in solidarity initiatives, both from Brazilian nationals, and from migrants and refugees themselves. That trend is reflected in an increase in individual donations to CSOs, and also in the growing numbers of people who offered to act as volunteers in these organisations. Additionally, participants remarked that some migrants opened their houses to shelter families who had been evicted and also promoted new online initiatives to share information across different ethnic communities. Others developed their own relief programs: in São Paulo, the Bolivian solidarity association distributed hundreds of food parcels as a result of a partnership with other migrant groups, mainly Koreans and Peruvians. In fact, many of our interviewees highlighted that the pandemic digital work mode has translated into new cooperation strategies among CSOs.

The Government of India (GoI) regulates funding of civil society organizations (CSO) through several sources. These include international funding organizations regulated by the Foreign Contributions Regulation Act (FCRA), Corporate Social Responsibility (CSR) funding, and donations. Changes made to the FCRA and the CSR had a considerable impact on the working of the CSOs during the ongoing pandemic. The FCRA came into being in 1976 and has undergone several amendments since that date. In 1984 the GoI made it obligatory for all NGOs receiving foreign funds to register themselves with the Home Ministry and receive all donations into a foreign contribution account controlled by the Government. This gave unprecedented control to the Indian state over the functioning of the civil society, which continues till today. In 2020, further amendments prohibited larger organisations to re-distributes their funds to other organisations with smaller capacity as well as to any other person not registered to accept foreign contributions. These changes resulted with many small organisations having to shut down operations in the absence of funds. Between 2014-2018, Bharatiya Janata Party (BJP) led National Democratic Alliance (NDA) government cancelled the licenses of over 20,000 NGOs to receive foreign funds under the FCRA. Organisations relying on CSR funding also faced difficulties as these have been redirected towards immediate relief work and the Prime Minister’s Citizen Assistance and Relief in Emergency Situations (PM CARES) fund. In addition to redirecting funds towards PM CARES, relief for the pandemic-hit become the focus to such an extent for CSOs that other causes that were part of their key programmes become secondary.

CSOs working with vulnerable migrants in India have been highly impacted by these legislative adjustments and re-organised in different ways. Some interviewees mentioned that their organisations faced huge reduction in funding, as their sources of funding were also affected by the pandemic. On the other hand, some organisations saw an increase in their funding, as they forged new networks and partnership during the pandemic. Other organisations noted no significant change in sources of income as they were able to re-distribute responsibilities. In one case, a verified Twitter (blue tick) account helped giving legitimacy to the organisation and thereby increasing the trust, leading to increased funding. Organizations resorted to their networks, volunteers, and existing sources of funding to address the needs of the migrant population. Some also devised new plans, especially by resorting to and increasing their presence on social media to expand their network of donors. For example, one NGO based in Uttar Pradesh, that works on women empowerment, used its local networks to purchase cloth material and taught the women in its silai centres (where women are taught stitching) to make masks. These masks were then distributed among the citizens and the women gained employment as they were paid for their work.

In both India and Brazil, the pandemic revealed that, notwithstanding a number of legislative and bureaucratic obstacles, and the huge scale of the crisis, community-based initiatives and private partnerships were crucial sources of funding and solidarity. An increase in individual donations to CSOs and people offering to act as volunteers were common observations across the two countries. These trends raise two important observations. On the one hand, it remains uncertain whether and how the impact of independent donors and partners in supporting CSOs might influence organizations’ priorities, and scope of work. On the other, it shall be noted how volunteers, partners and donors came together in a moment of emergency, showing commitment and solidarity towards those who, in a crisis that affected us all, were among the most vulnerable.

Migration, Pandemic and Responses from Civil Society Organisations: Lessons from Brazil and India, is a collaborative project that explores the role and work of civil society organisations working with migrants during the COVID-19 pandemic in Brazil and India. Funded through Queen Mary’s Global Policy Institute’s Research England QR Strategic Research Priorities Fund, the project is led by Professor Parvati Nair from Queen Mary’s School of Languages, Linguistics and Film and Dr Marcia Vera Espinoza from Queen Mary’s School of Geography. The project's report will be launched on April 21st 2021.