Speaking to Suyash Barve, Policy Associate at Global Policy Institute, researcher Abhishek Yadav discusses the impact CSOs had during the lockdown as well as some practical fieldwork challenges he faced. 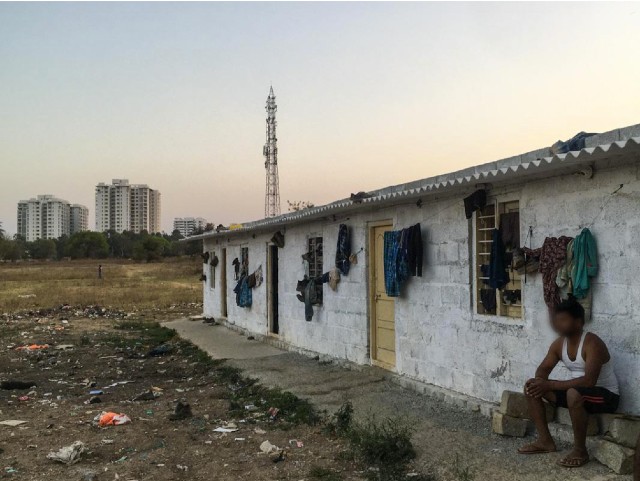 On 14 September 2020, in response to parliamentary questions, the Union Minister of State for Labour & Employment (India) said that there was no state-wise data available on assistance provided to workers. Indeed, in the early phases of the lockdown the government lacked information about living and working conditions of many workers, many of whom were contracted to work on public infrastructure projects for instance. The role of fieldworkers and surveyors from CSOs in filling this gap was vital and was even acknowledged by the Minister in his response, which illustrates an important factor of governance in India which has more than 1.2 million non-government organisations.

Fiscal incentives, relief packages and other subsidies announced by the government to alleviate the economic burden of lockdown relies on the mix of regional governmental authorities, local bodies, self-help groups, non-government organisations and professionals for effective on-ground implementation. Civil society organisations (CSO) have proven more effective in some cases than government machineries in distributing immediate relief to the affected, as a result of their networked presence. Despite severe structural, capacity and funding issues many CSOs carried on with providing vital relief work despite the stringent lockdown.

From a governance and policymaking perspective, there are important lessons to learn from how organisations overcame these challenges since their work uncovers systemic gaps. Researching development sector organisations presents complex methodological challenges as well, not least with understanding the role of local bodies, regional authorities and government departments and CSOs.

Abhishek Yadav, from the Global Research Forum on Diaspora and Transnationalism (GRFDT) is Research Associate on the ‘Migration, Pandemic and Responses from Civil Society Organisations: Lessons from Brazil and India’ a project supported by QMUL Global Policy Institute’s Research England QR Strategic Research Priorities Fund that maps the best practices from the work of civil society organisations. The project report will be launched on April 21st 2021.

Speaking to Suyash Barve, Policy Associate at Global Policy Institute, Abhishek Yadav discusses the impact CSOs had during the lockdown as well as some practical fieldwork challenges he faced.

When we talk about CSOs, it can mean a broad range of organisations from corporate foundations to grassroots NGOs - how did you define the range in terms of this research?

For our project titled “Migration, Pandemic and Responses from Civil Society Organisations: Lessons from Brazil and India”, we specifically categorised Indian civil society organisations (CSO) into three categories- Non-Governmental Organisations (NGOs) working for migrants; faith-based organisations; and migrant led organisations. Therefore, we interviewed representatives of these above-mentioned organisations. To give you some insights from the project report : we selected specific states including Bihar, Delhi, Kerala, Maharashtra and Uttar Pradesh to understand the challenges faced by the migrants during the pandemic. Kerala was chosen specifically to understand the complexities associated with return migration from the Gulf countries and also to understand the impact of pandemic on remittance practices as Kerala is the largest remittance receiving state of India. Metropolitan cities like Delhi (administrative capital) and Mumbai, Maharashtra (financial capital) were chosen as they attract a large number of migrants from different parts of the country for their infrastructural projects and heavy industrial/construction work. Organisations representing Tibetan refugees in Delhi and Southern part of the country were also interviewed. Uttar Pradesh and Bihar were chosen as large part of out-migration is taking place from these states due to many factors.

We noted the presence of push factors leading to out-migration such as lack of employment or lesser wages, lack of industrial development, lower living standards, lack of affordable better education and health facilities. During the pandemic and subsequent lockdown, heavy internal migration was witnessed from Delhi, Mumbai and other major metropolitan cities to Bihar and UP. For the purpose of research, an attempt was made to assess the existing policy gaps, identify good practices (local, state and national level), and understand new partnerships or collaborations of CSOs among themselves or with governmental agencies.

Civil society frequently has to invoke the state to provide relief at scale to vulnerable populations - does the work of government agencies reflect in the collected data?

Yes, we did get to know of many initiatives taken by local agencies, state governments and central government to assist migrants. Food Corporation of Indian warehouses were opened and CSOs received foodgrains at a very lower price. At local level, Fair Price Shops also helped migrants in distributing foodgrains under the Public distribution system.

Lots of collaboration took place formally and informally with the governmental agencies. At many places both NGOs and government agencies worked together to help migrants. However, in overall terms, it was observed that due to the massive demand of relief and assistance, governmental initiatives fell short in providing relief to the migrants.

Religious sanction of charity has a long tradition in India - was this factored in from the point of view of data collection/selection of organisations?

It is very true that India is known for its religious diversity and for its associated welfare work. Yes, we interviewed many faith based organisations representing various religions including Hinduism, Islam, Sikhism and Christianity. We found that religious organisations played a crucial role during the pandemic in providing humanitarian assistance to the migrants without any sort of biases relating to religion.

What are some of the key limitations of collecting data on the COVID-19 pandemic that is sure to have a long-term social, economic and psychological effect?

Mobility Challenge- In person meeting and interview could not be conducted to gain more realistic perspective from the ground.

Technological Challenge- Not all NGOs working in India are quite efficient at using new means of technology including virtual meeting applications or platforms. Even if they know, there might be issues regarding the network fluctuations in certain rural and remote corners of India.

Probability of Bias- Since we could interview only those representatives who responded to our email request and follow up call, it may be considered that it led to methodological complexity and covered only those respondents who were somehow comfortable with any sort of digital mode of interview (Phone, Zoom Application, Google Form etc.).

Though we have taken responses from 27 organisations across India, we do not claim to have all India representation due to the limiting factors like paucity of time and restriction in mobility due to the pandemic.

What challenges did you face while doing the field research - remotely coordinating interviews, internet access etc.

We used to send official emails to the organisations (which were involved in humanitarian work during the pandemic) to request them for interview. Then we used to call them through mobile or telephone to know their response and availability for the interview request. Afterwards as per their convenience, we conducted interviews through various channels including Zoom application, mobile/phone calls and Google Form.

We did face many challenges, some of them are as follows:

In addition to it, we had to ensure that an additional team member from our side always remain there during the interview as in case due to some technical or network related challenge, interviewer could not connect, then the back-up interviewer initiated the interview proceedings so as to value time of the interviewee.

Some academic research on the effects of COVID-19 suggest the impact of the pandemic is intersectional - class, gender, caste-based - what are your reflections on this following data collection?

We came to know that interplay of intersectionality did matter a lot. The lack of sufficient healthcare facilities and restriction in mobility affected women and elderly more. Many respondents told us about the rise in cases of domestic violence towards women. Children also got affected by the lack of nutritional diets due to shut down of Aanganwadis (child care centres), the elderly were more vulnerable due to underlying health complications and mobility restrictions. In terms of class, poor migrants specifically living in slums or streets were more vulnerable comparatively.

We allowed our respondent to speak in their preferred language so that language does not become a barrier, in fact it became a more positive factor.

If interviewer is from the same region from where the interviewee also belongs, it provides a better atmosphere to understand the issues of each other because of common geographical and cultural legacy factors importantly in it thereby providing deeper context of the migration related issues associated with the region. Common linkages from the region does provide more connectedness and frankness during the interview process.

During interviews we found that interviewees belonging to different regions were also very comfortable in answering our questions irrespective of linguistic, regional or religious factors. Respondents wanted to share their inputs and insights regarding their humanitarian work during the pandemic thereby showcasing that humanity is much more important rather than language, region or ethnicity and more so during such an unprecedented pandemic.

Migration, Pandemic and Responses from Civil Society Organisations: Lessons from Brazil and India, is a collaborative project that explores the role and work of civil society organisations working with migrants during the COVID-19 pandemic in Brazil and India. Funded through Queen Mary’s Global Policy Institute’s Research England QR Strategic Research Priorities Fund, the project is led by Professor Parvati Nair from Queen Mary’s School of Languages, Linguistics and Film and Dr Marcia Vera Espinoza from Queen Mary’s School of Geography. The project report will be launched on April 21st 2021.