In recent weeks, our work on turtles has attracted much attention, mainly thanks to its nomination for a national award for public engagement. Since then, I have often been asked how this project started and how to increase the likelihood to work on such charismatic organism.

How did the project start?

Firstly, this project is a combination of my attraction for reptiles and luck! Indeed, during my time at GEOMAR, the institute developed a tight collaboration with the National Institute for Fisheries and Development in Cape Verde. The links becoming tighter between GEOMAR and INDP, a call within GEOMAR was open for increasing research. Being interested in what my colleagues, Oceanographers, Biogeochemists, etc were doing in Cape Verde I started investigating possibilities for joined projects. Quickly it became clear that little was known about loggerhead turtles in Cape Verde. At that point in time, only one scientific paper had been published and a call for protection had been emitted by many NGOs.

Together with Bjoern Fiedler, Arne Biastoch and Torsten Kanzow and with the incredible support of Doug Wallace, I submitted a proposal to investigate turtles’ whereabouts and, at the same time, collect geochemical information about the habitats used by the turtles. The first 100k€ were allocated, allowing us to start the project.

As many naïve scientists I thought it would be easy to go to the field, get a few turtles and deploy satellite transmitters… well, all that was wrong! Vitor, the first of my students working on turtles, and I faced many issues: timing, logistics, experience and the list is long. Everything was wrong!

I remember the first 14 patrols walking ~15kms every night to look for turtles without seeing anything, even not a track. I remember crossing the entire archipelago to work with a local fishing communities which was more interested in lobsters than turtles. I remember visiting a number of projects to discuss collaborations but no one being interested. I remember all those adventures and often questioned whether this rough start explains what the project became.

All the way through, I met people and recognized that even though we were using similar words, we did not understand each other. It was when I met Christian from turtle foundation that things changed. Christian was the new director of the local project, fresh from his Masters, full of energy and motivated by learning. Thanks to Christian and turtle foundation, we had access to many turtles – now we know they mostly nest on the island of Boavista. We could then set up a real research programme, including the original investigation of the whereabouts but also including some population genetics.

The longer we worked in Cape Verde, the better our understanding of local and international NGOs was. The needed financial support and extra hands are things we could bring. In return, our benefits from working with many NGOs was to have access to most nesting groups in the Archipelago. Now thanks to INDP, Turtle Foundation, Foundation Maio Biodiversity, Biosfera1, Project Biodiversity, Projecto Vito Santo Antao and Fogo, as well as Projecto Caretta, we are able to cover the entire range of the species’ distribution. Without this support, nothing of this would be possible. Importantly, with the support of the Cape Verde University, we are able to train a number of students who will integrate those local projects and support local activities as well as the collection of samples. 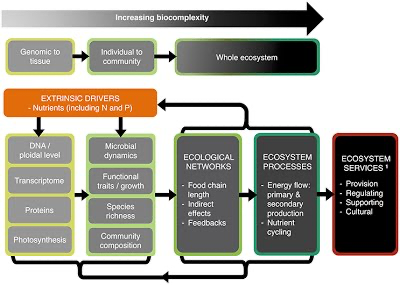 How to work with charismatic species?

As a recently appointed director of MSc programmes, this is a question I am often asked. If only I had the magic answer!

The difficulty to work with charismatic species is that there are many people interested and still too few academic or NGO positions. This means that the newcomers need to bring something new, something special.

My usual recommendation is to question why we are interested in those species. Is that because they are cute? Well, many other species are cute, so this is not a point. Is that because they have special life history characteristics? I think we are getting closer… At least for an academic job, what I think makes the difference is to identify questions which have not been answered yet. This will be the passport to working with those species. Once the questions have been set, find a lab which will be keen on addressing those questions. Only if the question is fascinating the principal investigator will retain your email/CV amongst the 10s he/she receives every week.

For entering an NGO, the story is slightly different. It is mostly about experience. If you can demonstrate i) you have experience in fieldwork and living under relatively tough conditions, ii) that you are organized and can take initiatives, iii) that you can communicate properly with a diverse audience (general public, volunteers, scientists), then you will stand a chance. Lastly, and most importantly, you should be motivated and driven. This will facilitate your networking – a crucial aspect of this industry. Your passion must appear in everything you do and will open many opportunities.