This Black History Month at Queen Mary, University of London, we are proud to present a special lunch and learn series across the month.

These talks will celebrate research contributions that focus on race, ethnicity and culture at QMUL. This is a great opportunity to listen, learn and get food for thought on making a change that benefits us all.

Lunch and Learn: Combatting racism in the workplace

Date and Time: Cancelled due to unforeseen circumstances - please watch this space for a new date 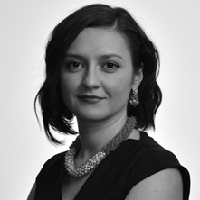 Elena is a Reader in Organisational Behaviour at Queen Mary University of London, School of Business and Management. Before joining Queen Mary, she worked as a Senior Research Fellow at Cranfield School of Management, where she obtained her PhD. She also has an MSc in Organizational Psychology from Pierre Mendes University, France, and was a Fulbright Visiting Fellow at Northwestern University, USA.

Her research examines the careers and leadership experiences of women and ethnic minorities in organizations. Her empirical work generally draws on naturalistic organisational data to investigate and theorize the psycho-social and organisational processes accounting for the lack of diversity in leadership. Across different projects she has examined head-hunters’ board selection practices and their impact on gender balance on corporate boards; promotion processes to partnership level for women and ethnic minority professionals in professional services firms; the nature of gender bias in 360 narrative feedback provided to leaders; and gendered experiences of organisational politics for leaders. She has published in journals of recognized international excellence such as The Leadership Quarterly, Human Relations, Human Resource Management Journal, and British Journal of Management.

Eleanor is keen to advance diversity and inclusion in contemporary workplaces by collaborating with practitioners, organizations and policy-makers to generate impact from my research. She has worked with national and transnational policy-makers (e.g. Government Equalities Office, the Equality and Human Rights Commission, the European Parliament, the Davies Review on Women on Boards, the Hampton-Alexander Review on Women FTSE Leaders), corporations and professional services firms (e.g. Aviva, KPMG, EY and Barclays) and practitioners in the equality and diversity space through commissioned research, policy reports, and advisory roles.

Dr Tippu S Sheriff is a Senior Lecturer and the Director of Teaching and Learning in the Department of Chemistry at Queen Mary University of London (QMUL), having previously completed a BSc (Chemistry), PhD and PDRA at Imperial College, London. Dr Sheriff’s research interests are in the area of catalysis, coordination and green chemistry in the activation of dioxygen and the in-situ generation of hydrogen peroxide under ambient conditions for bleaching, selective oxidation; corrosion control and disinfection, and for modelling small molecule activation in biological systems. Dr Sheriff has received grants from the Royal Society of Chemistry (RSC) for outreach and more recently for inclusion and diversity and has co-created, with UG students, resources for teachers at Key Stage (KS5, A' Level) to Highlight Minorities in Chemistry (HMiC) that are available to freely download from the School of Physical Chemical and Sciences (SPCS) web pages

The aim of these resources is to enable teachers to better inspire their students, create role models, reduce attainment gaps, foster a sense of belonging and enable all students to see “people like them” reflected in the UK national curriculum. Dr Sheriff has contributed to a number of teacher CPD training events in schools on the importance of inclusion and diversity.

The theme for this year’s BHM is Time for Change: Action Not Words, and this chimes with the comment of actor Emma Watson that “Solidarity is a Verb”. We describe the results of an online survey of 185 secondary school / college teachers and students (>18 y) and, separately, 79 members of the public (all ages) in the UK on their knowledge of historical chemists and scientists. Almost 90% of the respondents to our online survey said that the contributions of BAME scientists are not highlighted adequately in the UK national curriculum; >85% said the national curriculum should be modified to include the contributions of under-represented scientists. We describe how we addressed this by creating teacher resources to highlight the contributions of under-represented scientists and the feedback received.

Lunch and learn: Intersectionality in Engineering: A Personal Reflection 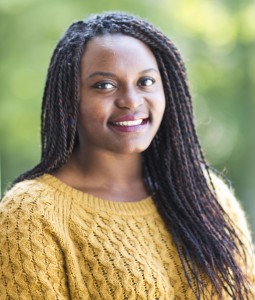 Prior to joining QMUL, she was a Teaching Fellow at UCL where is also completed her MEng and PhD in Chemical Engineering. Dr Taiwo’s focus is on scholarship of engineering education, in particular researching into group work in engineering and experiential learning including inclusivity aspects of group formation and group dynamics in team-based learning and group teaching. She has great experience of working with students, as documented by numerous student led awards and nominations, both in her Student Experience lead role and in her scholarship approaches, which have developed strategies that led to significant improvement of Student Experience indicators in SEMS.

In this talk, Folashade will conduct a personal reflection on her current journey into academic leadership. She will review how her intersectionality has informed her scholarship (research in engineering education), experience, academic progression and future goals. 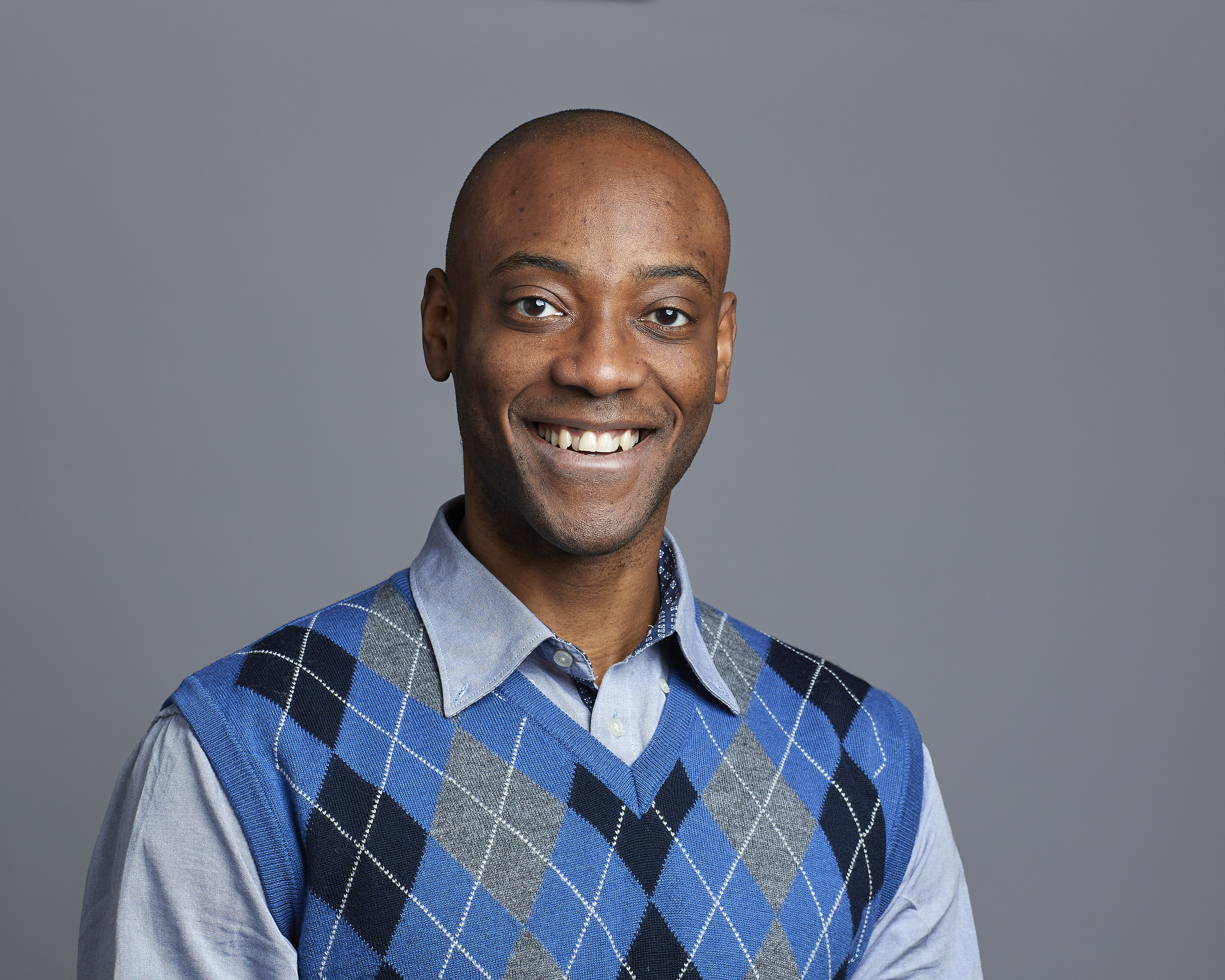 Bio: Dr John Adenitire is a Senior Lecturer in the School of Law and a Fellow of the Institute of Humanities and Social Sciences. Prior to joining Queen Mary, he was a Lecturer in Law at the University of Birmingham. He completed his PhD at the University of Cambridge, Faculty of Law and Fitzwilliam College. He has taught and researched at Cambridge, Durham, Birmingham, the UCL Constitution Unit, the Bingham Centre for the Rule of Law and the UK Commission on a Bill of Rights.

US and UK courts define religion as a belief-system which deals with existential concerns, which is separable from politics, and which need not be theistic. Where does this conception of religion come from? To ask this question is to accept that this conception is one among several and that it is historically contingent. Some religious studies scholars trace it to the advent of the Protestant Reformation, when religion became essentially a matter of competing theological propositions. They are half right. My analysis of both John Calvin and Roger Williams shows that those Protestant authors emphasised the view that religion is essentially a belief-system. However, pace these religious studies scholars, Protestantism cannot explain all the four features of the US/UK conception of religion. To explain why religion is separable from politics and need not be theistic we have to factor in liberalism. It is because of the liberal belief in individual rights and in popular sovereignty that early liberals like Roger Williams embraced the separability of religion from politics. Contemporary courts do the same for the same reason. They also reject the view that religion is necessarily theistic given their liberal commitment to ideological pluralism. US and UK courts do not want to treat citizens that subscribe to certain ideologies as second-class citizens simply because those ideologies are not theistic. Consequently, Protestantism is not enough to explain the prevailing legal definition of religion in the US and UK; we also need liberalism.