We have received the very sad news that Trevor Dadson, Emeritus Professor of Hispanic Studies and former Vice Principal for Humanities and Social Sciences, has passed away at the age of 72. 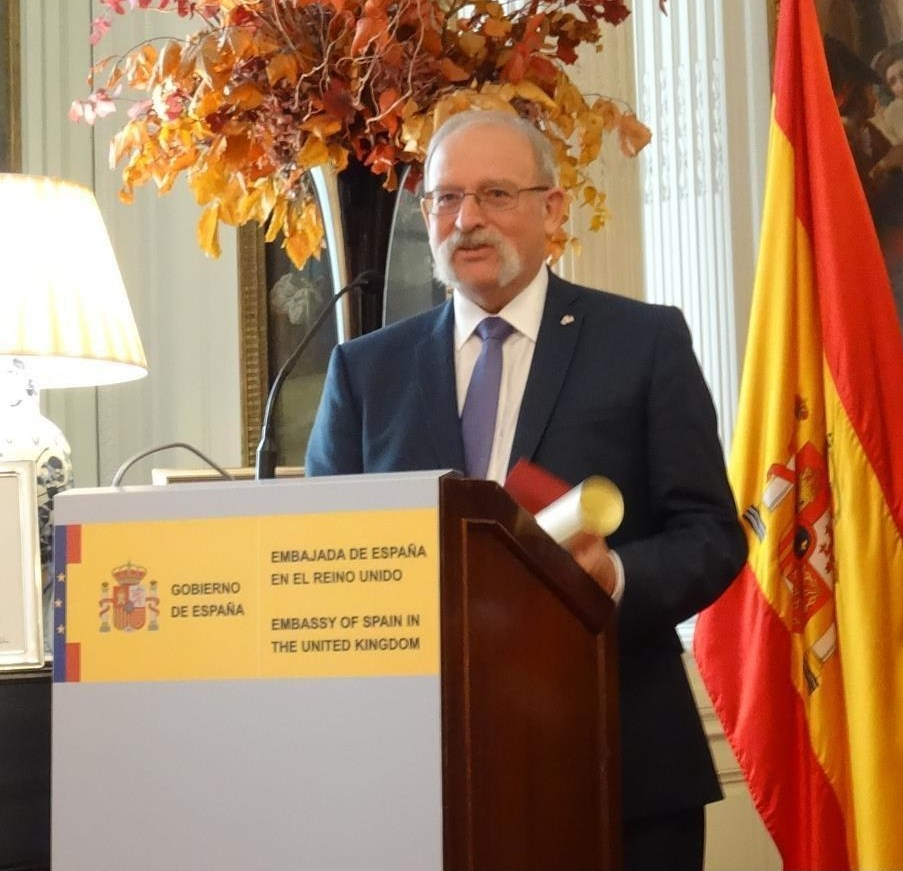 Trevor joined Queen Mary in 2004 as Vice Principal before continuing his research in the Department of Modern Languages. He was an incredibly distinguished scholar whose work encompassed cultural, literary and social history. He dedicated his career to the study of the Spanish Golden Age, becoming one of the world’s foremost experts on the era.

Trevor published dozens of books, chapters and research papers throughout his career and was made a Fellow of the British Academy in 2008. In that same year, the Spanish town of Villarrubia de los Ojos named a new street after him, and in 2015 he was awarded the title of Encomienda de la Orden de Isabel la Católica by King Felipe VI of Spain for his services to Spanish culture. In 2016, he was elected a Corresponding Fellow of the Real Academia Española and the Real Academia de la Historia.

His monographs include a major study in Spanish of the Moriscos of the Campo de Calatrava in Spain (2007), a history of the printing of the 'Rimas' by Lupercio and Bartolomé Leonardo de Argensola (2010), a study of Diego de Silva y Mendoza, Count of Salinas (2011), and an edition in Spanish of the travel diaries of Elizabeth Lady Holland and the novelist George Eliot, who both visited Spain in the nineteenth century (2012).

In 2014 he published a book in English on the Moriscos of the Campo de Calatrava: Tolerance and Coexistence in Early Modern Spain (Tamesis Books); a revised edition of this work in Spanish was published by Cátedra in 2017. His latest projects included an edition of the more than 500 letters the Count of Salinas sent as Viceroy from Lisbon between 1617 and 1622, as well as editing a volume of studies on Islamic Culture in Spain to 1614 by L. P. Harvey (former Professor of Spanish at Queen Mary).

Trevor also served as Editor-in-Chief of the Hispanic Research Journal, published by the Department of Modern Languages. In addition to this, his books also included the letters memorials of the Count of Salinas (Marcial Pons-CEEH, 2015), an edition of the Count's unedited poetry based on the autograph originals (Real Academia Española, 2016), and a revised and updated second edition of his book on the Moriscos of Villarrubia de los Ojos (Iberoamericana-Vervuert.

Trevor will be remembered as an exceptional scholar and a valued colleague. Our thoughts are with his family at this time.