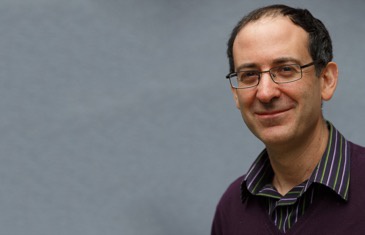 I am a historian of objects and faith. My work has explored the ways material culture can inform us on the history of medieval and early modern religion. This combination first arose from a BA in history and photography and an MA in Comparative Religion (Jerusalem), followed by a doctorate in history (London) and a subsequent British Academy postdoctoral fellowship in Edinburgh. I often liaise with scientists, curators and conservators in the analysis of historical objects.
A Material History of the Bible, England 1200-1553 was recently published by Oxford University Press for the British Academy.

My early work has explored the Crusading mythology of the Dome of the Rock in Jerusalem. Since then, I have unearthed the ways in which Bibles were made, used, and recalled in late medieval and early modern England and Scotland. This has uncovered the hesitant course of reform in England, and the gradual impact of print on English religion.
My research has followed these key themes:
I have developed several innovative projects, in which MA and PhD students have developed digital technologies for the analysis of medieval books and objects. Supported by the European Research Council, Digital Editing of Medieval Manuscripts brought together students from across Europe to train and study medieval manuscripts. Currently, Hands:on is a unique collaboration between QMUL and Cambridge University Library in which advanced students develop innovative prototypes for consulting objects and manuscripts online.
In 2021/2 I will be a fellow at the Stanford Humanities Center, exploring the limits of innovation: the uncertain reception of technological changes in the later Middle Ages.

(ed. with Laura Light) Form and Function in the Late Medieval Bible (link is external), Library of the Written Word: The Manuscript World, Leiden: Brill, 2013

“‘A ladder set up on the earth’: The Bible in Medieval Sermons”, The Practice of the Bible in the Middle Ages: Production, Reception, and Performance in Western Christianity (link is external), ed. Susan Boynton and Diane Reilly, New York: Columbia University Press, 2011, pp. 205-227

I welcome applications from candidates wishing to undertake doctoral research in the following areas:
I currently lead a LAHP Collaborative Doctoral Award with the Museum of London on The Shrine and the Marketplace: religious materiality in London during the long fifteenth century (1370-1530). I am always happy to consider applicants for collaborative or cross institutional projects.

My work has featured prominently in The Times, BBC Radio 4, Church Times, The Telegraph, and CBS.