Migration, Pandemic and Responses from the Third Sector - Lessons from Brazil and India

Covid-19 endangers everyone everywhere - but the pandemic surely also reveals the great inequalities and fragilities that exist in societies. In developing countries, social and economic differences that have long existed are now starker than ever. Professor Parvati Nair and Dr. Marcia Vera Espinoza describe how few countries present the dramatic effects unleashed by the pandemic as clearly as two giants of the global south, Brazil and India. 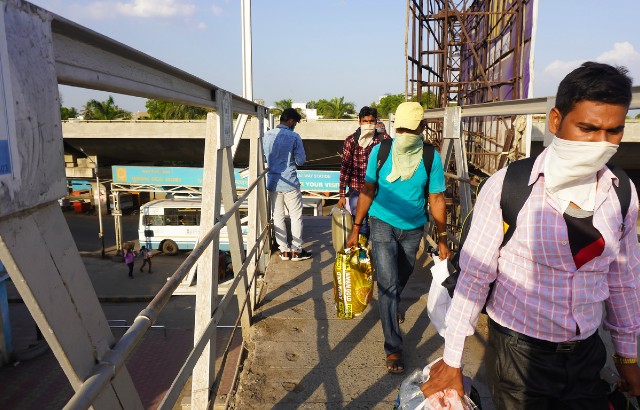 These countries that form part of the BRICS group are emerging regional powers in their respective continents, yet remain deeply stratified and socially uneven. In both countries, migrants, often workers occupying informal or precarious sectors, form some of the most vulnerable groups to be adversely affected in multiple ways by the onset of the pandemic. In both countries, the governments have adopted approaches that either fail to recognise this fragility or that do not fully address the multiple challenges, obstacles and risks to the people concerned. In both countries, the third sector, composed of civil society organisations, faith-based organisations and migrant-led organisations, has stepped up impressively where other actors have failed, rapidly implementing good practices and support as needed.

On 24 March 2020, the largest lockdown in the world took place with only four hours’ notice in India, a country with a population of 1.3 billion. The announcement of lockdown triggered a mass movement of migrant labour across the country, to be followed by the mass return of Indian workers abroad, left jobless and without recourse. In the north east of the country, migrants from neighbouring countries found themselves trapped, unable to return home and also without income or support, whilst also affected by their status as non-citizens in India. The third sector plays a key role in all these cases to advise, feed, provide medical and other often life-saving assistance.

In Brazil, the COVID-19 crisis hit the country in a context of extreme socio-economic fragility and a recent increase of immigration dynamics, particularly of Venezuelans seeking protection. Although the current legislation in Brazil guarantees migrants access to social protection and health services, lockdown measures have deepened pre-existing structural inequalities and vulnerabilities. These impacts are particularly felt in some border states such as Roraima and Amazonas, key reception areas of Venezuelan migrants. Unprecedented border closures and travel restrictions have also led to new forms of involuntary/forced immobility, such as the Paraguayans in Brazil stranded at the bridge that connects the two countries.

COVID‐19 is also fuelling racism and xenophobia against migrants in Brazil, as it is in other countries of Latin America. Civil society organisations and migrant-led organisation have played a key role in coordinating with local governments and International Organisations, as well as in developing measures to mitigate the impact of the pandemic (such as by providing shelter, food parcels, hygiene kits, and information campaigns).

What can policymakers, governments and politicians learn from the good practices of the third sector that are unfolding across the diverse social spectra of migrants and displaced persons in Brazil and India, each a nation so vast and variegated that it houses a veritable microcosm of humanity? This is the question that guides us as we proceed to investigate and identify practices that are proven vital time and again on the ground and that will require committed revisions to policymaking in order to be implemented in the public sector.

In order to address this question and seek out its answers, we have come together as leads in  spanning three continents. With support from Queen Mary University of London's Global Policy Institute, with the four of us as project leads (in Brazil, Dr. Gisela Zapata, in the UK, Prof. Parvati Nair and Dr. Marcia Vera Espinoza and in India, Dr. Smita Tiwary, and with support from our research associates in all three countries), we look forward to sharing the progress of our enquiry with you.