‘A black hole is stranger than anything dreamed up by science fiction writers. It’s a region of space where gravity is so strong that nothing can escape. Once you are over the edge, there’s no way back’ 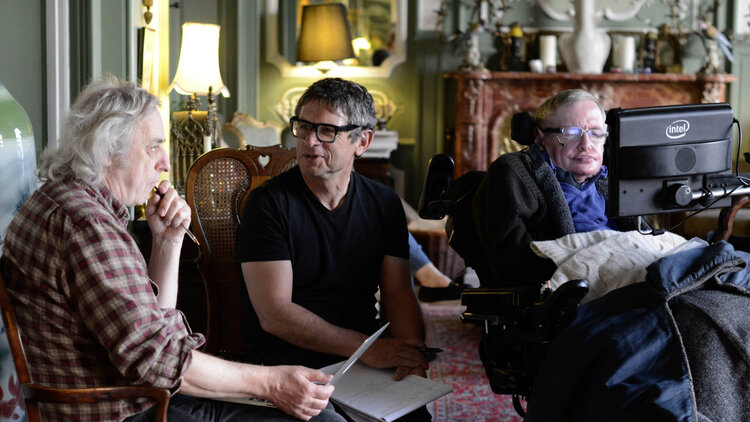 Malcolm Perry, Andrew Strominger and Stephen Hawking in Black Holes: The Edge of All We Know

A black hole is a place in space where the pull of gravity is so great that even light cannot escape it. Black holes are the hardest to see objects in the universe, making them a source of great fascination for physicists, mathematicians and film makers.

In the recently released documentary Black Holes: The Edge of All We Know, filmmakers follow two powerhouse research collaboration; one such group involves the late Stephen Hawking and Malcolm Perry, Professor of Theoretical Physics from the Centre for Research in String Theory at Queen Mary University of London.

The documentary shows Hawking and Perry, alongside a group of theoretical physicists, working on the long-standing ‘information paradox”, one of the most interesting questions in modern physics.

Professor Perry has won awards from the Gravity Research Foundation and holds a Sloan Research Fellowship. His most recent work with Stephen Hawking and Andrew Strominger of the University of Harvard is the most significant step to solving the information paradox for black holes.

In an interview with the Guardian newspaper, Peter Galison, film director and co-founder of the Black Hole Initiative at Harvard University reflects: “I wanted to show how central, how vital, how productive collaborations could be, whether it was the small collaboration on the theory side or the much bigger one on the observational side, and to see the human complementarity that made it possible to find out new things when people work together.

The documentary Black Holes: The Edge of All We Know can be watched on Netflix, Apple TV or can be ordered as a DVD on Amazon.

To find out more about Professor Malcolm Perry and the work of the Centre for Research in String Theory, visit their research webpages.