On the first Friday of May each year, countries around the world celebrate National Space Day. Established in the late 1990s, National Space Day encourages people to explore the wonders of the universe and promote cutting-edge astronomy and astrophysics research. 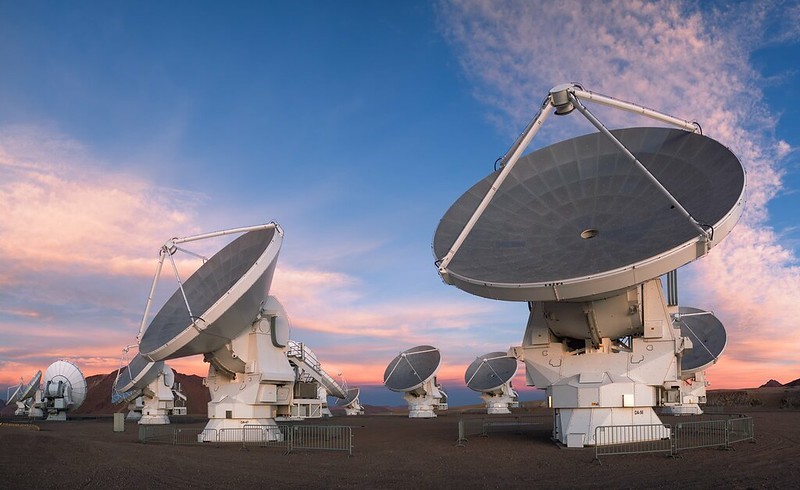 Amateur astronomers around the world make incredible contributions to science, such as the discovery of the interstellar comet Borisov, but most key jumps in our understanding of the Universe still require state-of-the-art facilities because they usually involve challenging technological feats conducted at a grand scale. Researchers in the Astronomy Unit (AU) at Queen Mary University of London are involved in the use and development of a range of these technological advancements.

ALMA (the Atacama Large Millimetre Array) is the leading tool for observing the “cold” universe, which it does with light at wavelengths of around a millimetre. It is an interferometer, meaning that 66 dishes at different locations work together to act like a much larger telescope. Astronomers at Queen Mary are using ALMA in research on star and planet formation, in particular to survey the masses and sizes of planet forming discs of material around young stars in different star clusters. They also use computer simulations to interpret these observations and make predictions for new observations.

Another used by researchers in the Astronomy Unit is TESS, NASA’s Transiting Exoplanet Survey Satellite. TESS is conducting an all-sky survey to detect the nearest exoplanets. TESS observes a 24×90 degree strip of the sky continuously for 27 days and tiles the sky sequentially. Each star therefore receives 27 days of monitoring with stars near the ecliptic poles receiving longer baselines where individual sectors overlap. TESS data is made immediately available to the community and Queen Mary researchers are heavily engaged in detecting new planets, especially around young stars, as well as characterising stars and their variability.

The Astronomy Unit’s Professor David Burgess and Dr Christopher Chen are also working with NASA on their mission to the solar atmosphere. The Parker Solar Probe, launched in August 2018, has so far reached a distance of around 10 million kilometres from the Sun, just 7% of the Earth-Sun distance, and is expected to continue to make new discoveries over the next four years as it moves much closer. It is on its way to become the first spacecraft to fly through the solar corona, the hot outer atmosphere of the Sun. Initial data has begun to answer some of space’s biggest mysteries, such as the origin of the solar wind – for example, the research team found the solar wind encountered by the spacecraft originated from holes in the solar corona and may be powered by the intense turbulent flows near the Sun. From the data collected the team hope to answer fundamental questions, such as how the corona is heated to temperatures far hotter than the surface of the Sun, how the magnetic structure of the Sun connects out into space, and how space weather events are generated.

As well as using the findings of these facilities in their work many researchers in the Astronomy Unit are involved in cutting edge research to develop new observational facilities.

For example, LISA (Laser Interferometer Space Antenna) is a space-based gravitational wave detector scheduled to launch in 2034, formed of three satellites. Between these three satellites, laser beam arms of 2.5 million km form an interferometer for the direct detection of low-frequency (mHz) gravitational waves. These low-frequency gravitational waves will enable us to study the merger of massive black holes that live at the centre of galaxies, and are millions of times heavier than those observed by the ground-based LIGO detectors. Using these events, data from LISA will also allow us to carry out new tests of fundamental physics and cosmology in a previously unexplored regime. The Astronomy Unit’s Tessa Baker is co-leading teams to determine how LISA tests fundamental physics and gravity. The team is predicting how well LISA could measure the speed of propagation of gravitational waves at mHz frequencies, which would be an indicator for new physics related to dark energy. 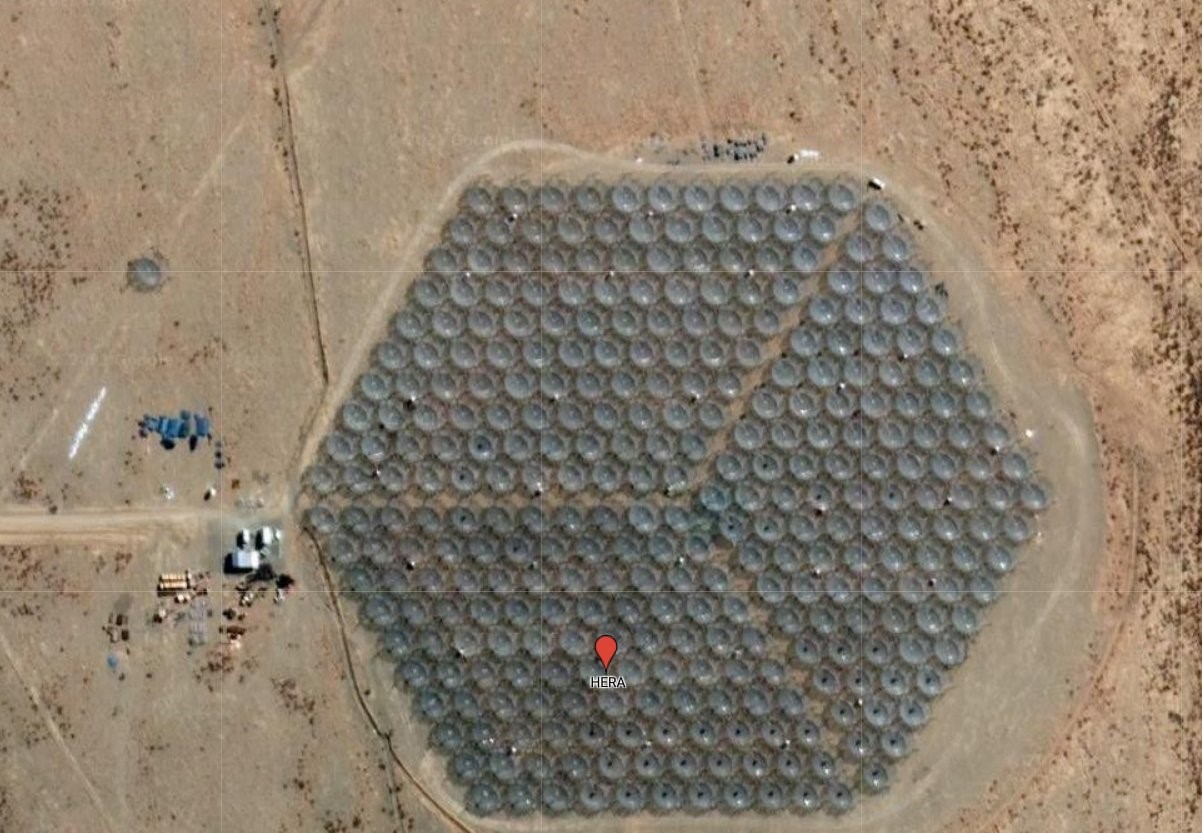 The image to the right shows the almost constructed HERA (Hydrogen Epoch of Reionization Array) telescope; an array of 350 parabolic mesh dishes, each 14m in diameter, in a close-packed hexagonal shape, situated close to the SKA site in the Western Cape region of South Africa. It is designed to passively map the sky at low frequencies, eventually building up sufficient sensitivity to detect fluctuations in the radio emission from neutral hydrogen during Cosmic Dawn and the Epoch of Reionisation, when the first stars and galaxies lit up the universe. Queen Mary is a HERA partner organisation, with AU member Phil Bull currently working on power spectrum estimation and statistical analysis of the data.

Queen Mary’s Thomas Haworth is also working with a team in the United States from the University of Arizona and NASA’s Jet Propulsion Lab on the design of a medium class space telescope mission called Hyperion. Hyperion is being proposed as a medium class explorer (MIDEX) mission. It would be a space telescope observing at ultraviolet wavelengths. It allows us to probe emission from the most abundant molecule in the Universe - H2 - which is otherwise extremely hard to observe. This will allow us to understand the formation and destruction of star-forming clouds of gas, and allow us to determine how material is lost from planet-forming discs by being accreted onto the star or stripped away in a wind. Dr Haworth is a science team member, leading the development of the science objective that will study the destruction of molecular clouds.

If you want to find out more about the research done by the Astronomy Unit and the roles they play in using and developing world class observing facilities please visit their webpage.