My research and teaching intersects political, economic and development geography, with a focus on everyday political life in India and its transnational community. More specifically, I am interested in questions concerning how the state is experienced, how citizenship is articulated and how marginality, particularly in the context of violence/nonviolence is lived and increasingly how digital technology is mediating everyday political life in India. In the UK my research has also explored the lived implications of the Indian emigration state and the UK government’s hostile immigration policy for recent South Asian migrants.

I am Primary Investigator on two live projects:

1) Social media and everyday life in India  with Lipika Kamra examines how WhatsApp is shaping everyday political life from the family to political party and the nation. The initial phase of this research was funded by WhatsApp. We are now embarking on a second phase focused on lived experiences of digital privacy in India. (2019-)

2) Surviving violence: Everyday resilience and gender justice in rural-urban India is funded by the British Academy and in partnership with colleagues at the Indian Institute of Technology (Bombay), the Institute of Development Studies, Kolkata, Nari Samata Manch and Prajnya. (2020-)

My book on Everyday Peace?: Politics, Citizenship and Muslim Lives in India  is published by  the RGS-IBG Book Series and was awarded the 2016 Julian Minghi Distinguished Book Award by the Political Geography Speciality Group at the American Association of Geographers. I also have an edited book on Geographies of Peace with Nick Megoran and Fiona McConnell and another co-edited volume with Will Monteith and Olivia Vicol on Beyond the Wage: Ordinary work in diverse economies for Bristol University Press due out in June 2021.

At Queen Mary I am a member of the South Asia Forum (SAF) at QMUL and previously academic lead for the Resilient Futures India Initiative which is a part of Queen Mary’s new Global Policy Institute. I currently sit on the British Association for South Asian Studies Council.

In 2019 I was awarded the Philip Leverhulme Prize in Geography and will be on research leave 2021-2023 to further my research on the politics of digital technology and feminist-legal approaches to gender justice in India.

Teaching is a big part of why I enjoy work as an academic. I convene two third-year modules GEG6129 Contemporary India: Politics, Society and Economy and GEG6120 Development Futures: Mumbai unbound which both draw on my own fieldwork in India and close understanding of current issues. My lectures focus on key themes (such as Democracy, Citizenship, Violence, Post-liberalising India, Middle classes, Work) that examine the theoretical arguments within geography and other disciplines, and then ground these in real life case studies. Beyond the lectures students explore the issues further through wider reading as well as films and documentaries, all available on QMplus. I also teach on the MA in Global Development Futures, and supervise 2 PhD students.

In 2018-2019 I will convene and teach the following undergraduate modules:

Through tutorial teaching and dissertation supervision I contribute to:

In in 2018-19 I will convene and teach the following graduate modules:

I also contribute to teaching on:

This is what students have had to say about GEG6129:

My current and recent research projects can be split into the following themes: 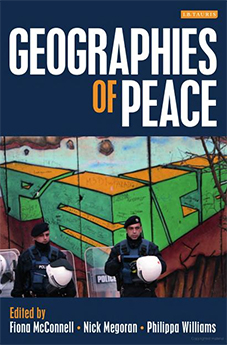 i) Geographies of peace: This work challenges the dominance of scholarship within geography and the social sciences that privileges attention on practices of violence at the risk of occluding spaces of peace and nonviolence. My research has been developed in collaboration with Nick Megoran (Newcastle University) and Fiona McConnell (University of Oxford) in Geographies of Peace as well as through my PhD and postdoctoral fieldwork in Varanasi, north India. My book, Everyday Peace? Politics, citizenship and Muslim lives in India was published in 2015 by the RGS-IBG Book Series and offers insights into the ways in which the city produces and is produced through sites and networks of everyday living and working together across difference. It rethinks ideas about citizenship and Muslim identity in urban India and intervenes in dominant thinking about relations between India’s Hindus and Muslims as intractably violent. Instead, it reveals how diverse processes such as cooperation, indifference and friendship more often constitute an everyday urban ‘peace’. It was awarded the Julian Minghi Prize, American Association of Geographers, Political Geography Group. 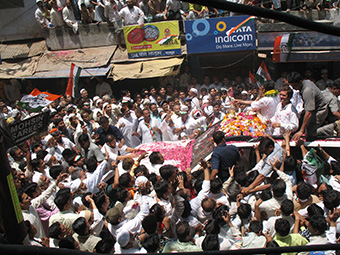 ii) Democracy, citizenship and the state in India, and its transnational community: Underpinning much of my research is a concern with examining experiences of the state, and the intersections between democracy, secularism and citizenship within India and India’s transnational community. It has illuminated the disjunctures between democracy in practice and reality, and the importance of exploring situated experiences of injustice, marginality and subaltern agency. I am currently pursuing these lines of enquiry through a project on the material and lived politics of Indian transnational lives as they encounter the Indian emigration state and the UK’s hostile immigration environment.

iii) Ordinary work and everyday life: This research contributes new, cross boundary perspectives on people’s relationships to work in India, and global South more broadly. I am co-editing a volume on ‘Ordinary Work’ for Bristol University Press with Will Monteith (QMUL) and Olivia Vicol (QMUL) that brings together a collection of ethnographic examinations of ‘work’ to disrupt conventional (northern) conceptualisations of waged work. In collaboration with Al James (Newcastle University), Bhaskar Vira (University of Cambridge) and Fiona McConnell (University of Oxford) I have examined questions of worker agency, skills upgrading and socially inclusive growth against the backdrop of India’s economic growth. Our paper on ‘Muslim middle class professionals’ won the Ashby Prize for most innovative paper in Environment and Planning (A) 2017 and used a novel hybrid geographical approach to centre marginalised professionals in the global South. 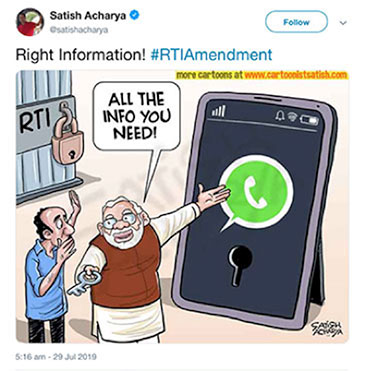 iv) The politics of the digital: In the last two years my research questions have coalesced around how ‘the digital’ is transforming the relationship between state, corporates/platforms and citizens, with a focus on everyday political, financial and working lives. I lead a WhatsApp funded project with Lipika Kamra (O.P. Jindal Global University, India) on ‘Social media and everyday life’ which examines the role of WhatsApp in shaping political life and subjectivities during India’s 2019 elections to ask broader questions about the relationship between the digital and democratic life. We have now extended the project to examine situated experiences of (digital) privacy (not funded by WhatsApp). For further information see the project website. On how digital imaginaries are transforming urban presents I have a chapter under review on ‘Making the ‘smart heritage city’: banal Hinduism, beautification and belonging in ‘new India’.

Recent article published by Faith: Reproduction at the end of humanity for Public Seminar

I would be really excited to hear from students interested in the following areas, preferably in, but not limited to, India/South Asia: