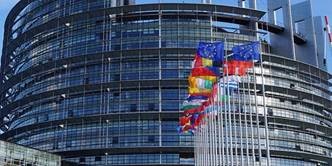 To understand the significance of the European Parliament's vote it is vital to look at the actions of its 751 MEPs who have since the triggering of Article 50 in April 2017, lobbied for an outcome that protects citizens and the integrity of the European Union, whilst ensuring peace in Northern Ireland. The European Parliamentary Elections in May 2019 will also play a pivotal role in whatever follows, including any possible extension to Article 50, but also in the second phase of the negotiations.

Jamie Taylor joined the European Parliament Liaison Office in the UK’s Public Affairs Team in mid-2018 to support political intelligence gathering and delivering public lectures on the Article 50 process, in addition to coordinating communication for the UK arm of the 2019 European elections campaign.

Jamie’s professional career began in the start-up sector in professional communication and has since taken place principally in the third-sector, having worked for Care International in Copenhagen on climate change political advocacy and REDRESS, a London-based human rights charity.

Jamie has spent extensive time studying throughout the European Union, having received an MA in International Relations from Aalborg University, Denmark (whilst writing his thesis on media coverage of the 2016 Brexit Referendum) and at Charles Prague University in the Czech Republic. He received his BA in Modern History and Politics from the University of Essex.

Dr Paul Copeland joined the School in September 2012 having previously been a Hallsworth Research Fellow of Political Economy at the University of Manchester (2009-2012). Prior to this he completed his BA, MA (RES) and PhD all at the University of Manchester. He has also worked as an English language teacher in both the Czech Republic and South Korea. In 2015 he was elected as a committee member of the Academic Association for Contemporary European Studies (UACES). Paul’s research and teaching focuses on the political economy of European integration, particularly with respect to the EU’s competence in employment and social policy, and the UK’s relationship with the EU. He is regularly invited to provide expert opinion on these matters by the House of Lords, the European Parliament, the European Commission, and a wide range of media outlets. He has also provided consultancy work for Oxfam and the World Health Organization. He is regularly invited to provide both live and pre-recorded comment and opinion to broadcasting media outlets including: BBC; France 24; RTE; Public Radio International; Sveriges Television; Hrvatska Radiotelevizija. He has written blogs and articles for the Conversation, Policy Network, the Mile End Institute, and UK in a Changing Europe.

Dr Sarah Wolff is Director of the Centre for European Research and Lecturer in Public Policy at Queen Mary University of London. She is also a Senior Research Associate at the Netherlands Institute of International Relations (Clingendael). Dr Wolff is an expert on EU politics, Justice and Home Affairs (JHA), migration and border management policies, as well as EU-Arab Mediterranean relations and EU development aid. She is author of the monograph The Mediterranean Dimension of the European Union’s Internal Security (2012) and received the LISBOAN Research Award 2012 for her co-edited book Freedom, Security and Justice after Lisbon and Stockholm (2012). Her current research focuses on Secular Power Europe and EU engagement with Islam for which she was awarded a Fulbright-Schuman and a Leverhulme research grant in 2014/2015. Prior to joining the academia, Dr Wolff worked at DG Devco at the European Commission and as a parliamentary assistant at the European Parliament.

The discussion will be followed by a Q&A involving the audience.