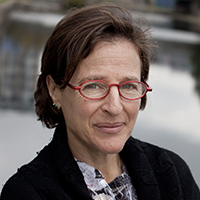 Professor of Governance and Economic History

Martha Prevezer is Professor of Governance and Economic History. She specialises in corporate governance and institutional, technological and regional development. She has been at QMUL in the School of Business and Management since 2005. Prior to that she held positions at City University, South Bank University, London Business School, the Bank of England and the National Economic Development Office. She holds a PhD (1986) in Economic History from the University of London and the European University Institute in Florence, an MSc in Economics (1981) from Birkbeck College, University of London, a BA in History and Economics (1980) from Cambridge University and a BA in English Literature (1991) from Birkbeck College, University of London.

My research over the years has been on two main themes: geographical industrial clustering and the emergence of new technologies in developed and emerging markets and the institutions associated with those processes; and comparative corporate governance and the institutions of governance and ownership of firms, also across developed and emerging markets.

(whilst at the School of Business and Management, QMUL)