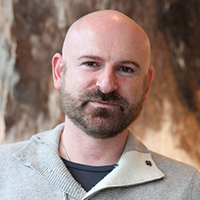 Mustafa Bilgehan Ozturk is Reader in Human Resource Management in the School of Business and Management.

Dr Ozturk operates in the broad area of human resource management and organisational behaviour, with a primary specialisation in workplace equality, diversity and inclusion. His research aims to delineate privileges and disadvantages associated with gender, gender identity, sexual orientation as well as race and ethnicity in organisations.

Originally from Turkey, Dr. Ozturk spent ten years in the US, where he attained a BA in Economics and Politics from New York University, and subsequently an MA and a PhD from the University of Chicago, having studied the political economy of human capital investment. Dr. Ozturk started his academic career in the UK at Middlesex University Business School before moving to the School of Business and Management at Queen Mary University of London.

Dr Ozturk’s research is focused on equality, diversity and inclusion in organisations. In particular, he investigates work lives of minorities in organisations by mapping the workplace disadvantages which accrue due to gender, gender identity, sexual orientation as well as race and ethnicity, and offering remedies to ensure organizations are truly equal places for all. Dr Ozturk’s geographic foci of interest include both developed and developing country settings, with recent research situated in a range of contexts such as Turkey, China, and the United Kingdom. His research utilises a rich and varied theoretical and methodological oeuvre in line with the demands of the divergent research questions he tackles within his field.