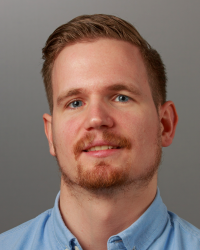 I have recently completed my PhD thesis at Queen Mary. In my PhD thesis, I reconceptualise the notion of resistance to respond to the crisis of liberal democracy in contemporary neoliberal society. An important part of the thesis analyses the structural conditions and obstacles facing the radical left in the struggle against neoliberalism. To this end, I construct an institutional economics approach, drawing significantly on Michel Foucault and Karl Polanyi. This enables me to analyse the transformation of the liberal state under neoliberalism from an ideological and historical perspective. The possibility of resistance is then critically assessed considering the increasing precarity of our lived experience in contemporary societies. The thesis draws upon a variety of approaches and theories and intervenes in an interdisciplinary manner into different scholarly fields, from the sociology of social movements, democratic theory, and political science to critical theory, political economy, psychoanalysis and post-structuralism.

My current research focuses on the depoliticisation of politics in neoliberal societies, left-wing populist political parties and social movements, and the emergence of resistance in times of crisis.

Toplišek, Alen. In preparation. Slovenia’s United Left: Between Parliamentarism and Politics of the Street. In Left populism in the European periphery, Routledge.

Toplišek, Alen. Forthcoming. Rethinking (De)Politicisation in Liberalism: Between Ephemerality and Institutionalisation of Power. Chapter in an edited book, Palgrave Macmillan.

Toplišek, Alen. 2013. The Significance of Freedom of Expression in an Antagonistic Society: Critical Understanding of Fascistic Discourses and Linguistic Vulnerability (In Slovenian). Journal for Critique of Science XL (251).

Pongrac, Miha and Alen Toplišek. 2011. France: Nostalgic searching for a new role in a changed world under the baton of the modern Napoleon. In Pax Franca, Pax Britannica, Pax Americana, Pax Sinica? Comparative analysis of the foreign policy of big powers and countries with emerging economies (In Slovenian), ed. Ana Bojinović, 77–88. Ljubljana: Faculty of Social Sciences.

Toplišek, Alen. 2016. Bringing liberalism to account, or how resistance to neoliberalism is not dead yet. European Political Science Review Symposium of Wendy Brown’s book Undoing the Demos. Doi: 10.1057/eps.2016.11.

Toplišek, Alen. 2015. Arts of the Political: New Openings for the Left by Ash Amin and Nigel Thrift. Political Studies Review 13 (1): 80.