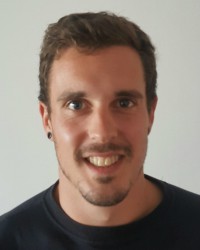 Angus joined the School of Politics and IR as a lecturer in January 2019, having previously taught at King’s College London as well as the QMUL School of Management and Business. He was previously a PhD student at SPIR, completing his doctoral project in March 2019.

Angus’ PhD project focused on the experiences of the urban working-classes under the progressive government of Evo Morales in Bolivia, where he has spent a significant amount of time conducting research. His research interests are critical political economy, state formation, urban space and cities, social movements, left-wing governments and Latin American political thought. He is currently part of the QMUL Latin America network, Latin American Geographies-UK and co-organises the Urban and Regional Political Economy working group in the International Initiative for the Promotion of Political Economy.

Shifting State-Social Movement Relations During the Second Incorporation of Popular Sections in Evo Morales’ Bolivia (R&R as a part of a special issue on social movements during the Pink Tide in Latin American Perspectives).

McNelly, A. & Webber, J., 2018. From the United Kingdom to Latin America, Striking for Pensions in the Age of Austerity. NACLA. Available at: https://nacla.org/news/2018/03/08/united-kingdom-latin-america-striking-pensions-age-austerity

McNelly, A., 2016. Evo Morales and the Limits to 21st Century Socialism. ROAR magazine. Available at: https://roarmag.org/essays/bolivia-referendum-morales-lost/