Professor Philip Cowley from Queen Mary's School of Politics and International Relations has written an opinion piece for The Sunday Times in which he discussed the actions of John Bercow, Speaker of the House of Commons, which he describes as an important power shift from government to parliament. 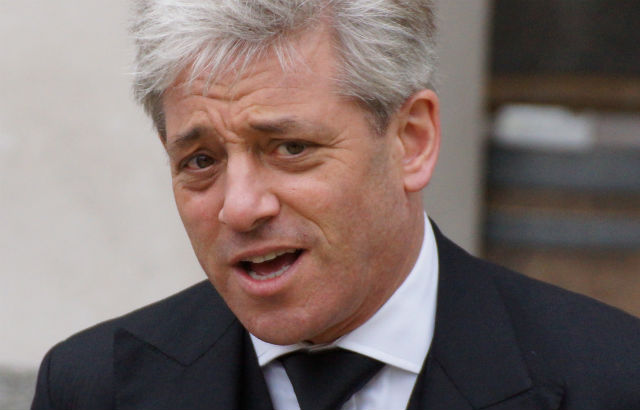 Soon after he became Speaker in 2009, John Bercow asked his key advisers to identify ways in which he could use his position to strengthen the House of Commons and make life more difficult for the government.

One reform identified was to allow more urgent questions, dragging ministers to the chamber in a way his predecessors had never done. Many ministers hated it, but Bercow saw this as the greatest impact made by his speakership.

His actions last week and in the days ahead may turn out to mark an even more important shift in the relationship between the executive and the legislature.

An extraordinary aspect of last week’s row in the Commons was not only that the Speaker allowed an amendment to the government’s business motion, despite such an amendment being in breach of the rules of the House, but also that when questioned it became clear that little thought had been given to whether this established precedence or not.

This might seem the sort of stuff that excites only the saddest of nerds — last week’s row essentially boiled down to the meaning of the word “forthwith” — but these rows are about who controls the passage of legislation. They are about power.

Any attempt — as reported by this paper— to allow non-government members to move business of the House motions and to suspend standing order 14 would be yet more significant.

Standing order 14 (1) states that, subject to clearly defined exceptions, “government business shall have precedence at every sitting”. Those eight words are the cornerstone of executive dominance in the Commons. As a result, that particular standing order has long been a target of constitutional reformers who argue that it gives too much power to the government.

Attempts to reform it had largely got nowhere and yet, as a by-product of Brexit, we may now be witnessing one of the most fundamental shifts in relationship between the government and parliament since William Lenthall, the Speaker, defied King Charles I in 1642.

This opinion piece was originally published in The Sunday Times on 13 January 2019.