New research reveals salads could be damaging our health

Action on Salt, an expert group based at Queen Mary University of London, has revealed that ready to eat salads could be damaging our health. 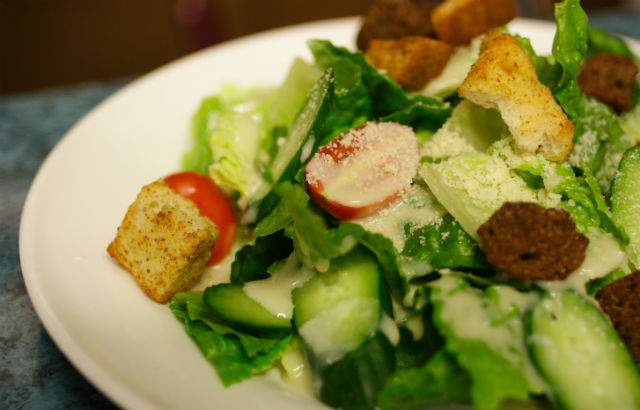 The new nationwide product survey found that the salt content of salads bought from restaurants,

sandwich/coffee shops and fast food outlets has increased by 13 per cent since they were last surveyed in 2014 (from 1.65g to 1.86g per serving on average).

Graham MacGregor, Professor of Cardiovascular Medicine at Queen Mary’s Wolfson Institute of Preventive Medicine and Chairman of Action on Salt said: “It’s shocking to see that certain restaurants and supermarkets have failed to take responsibility to reduce salt, especially after our 2014 survey exposed their dangerously salty salads.

“Reducing salt is the most cost-effective measure to reduce the number of people dying or suffering from strokes or heart disease. We are now calling on Public Health England to take immediate action.”

More than a third of the 213 salads surveyed contained 2g of salt or more per salad. The survey found that Pizza Express Grand Chicken Caesar Salad with Dough Sticks contains more salt per serving than their Classic Margherita Pizza. McDonald’s Grilled Chicken and Bacon Salad with Balsamic Style Dressing contains the same amount of salt as their Cheeseburger.

Mhairi Brown, Nutritionist at Action on Salt, said: “Up to 75 per cent of our salt intake comes from salt added to food by manufacturers and this survey demonstrates just how easy it is to unwittingly eat excess salt, with such high amounts added to our go-to ‘healthy’ choice of salads.”

The survey found that healthier salads with much less salt are available and that salads containing excessive levels of salt are unnecessary. Action on Salt suggest checking the label for salt and using the FoodSwitch app to find the healthier supermarket salads. Other suggestions include avoiding salads with salty ingredients, using salad dressing sparingly and being aware of misleading portion sizes.