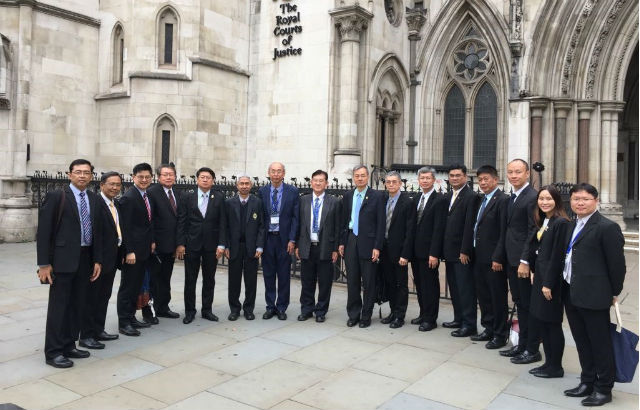 The delegation outside the Royal Courts of Justice

The programme, which gave the Thai Judiciary an in-depth understanding of the UK’s Labour Law practices, is a result of Queen Mary’s deepening relationship with the Office of the Judiciary of Thailand.

It is also a prototype of the initiatives to come from the University’s emerging Global Policy Institute (GPI), an interdisciplinary hub that connects Queen Mary researchers with overseas policymakers to address global grand challenges. One strand of the GPI will be to deliver tailored CPD courses for public servants.

The programme was organised by Queen Mary’s School of Law and delivered at its Centre for Commercial Law Studies (CCLS), which has engaged in similar activities in the past.

As part of the programme, delegates met with the Ambassador of Thailand, H.E. Mr Suvanajata, at his offices in South Kensington, London. He said: “As Queen Mary is highly regarded among Thai lawyers, it is fitting that Queen Mary organised this training for Thai judges. The UK has strengths in education in various disciplines from which Thailand can learn and share best practices with the British counterparts. Thailand is looking to work more closely with UK universities - particularly in research and human resource development in mutually beneficial fields.”

Guest speakers over the course of the programme included Saphié Ashtiany, Chair of the Equal Rights Trust, as well as experts from global law firms including Charles Russell Speechlys and Eversheds Sutherland.

“With the Eastern Economic Corridor and Thailand 4.0 projects well under way, this is a highly exciting time to be working with Thailand to support knowledge exchange, create mobility opportunities and push innovation.

“Being awarded this contract is testament to Queen Mary’s expertise and reputation in Law globally, and in Thailand particularly, as many Thai judges have completed an LLM at the University.”

Queen Mary has enrolled almost 400 Thai students on its LLM programmes in the past seven years alone, with another 50 anticipated later this month. As part of the The Association of Southeast Asian Nations (ASEAN) strand of Queen Mary’s Global Engagement Strategy, the University will be strengthening its relationships with Chulalongkorn University, Thammasat University and Mahidol University.

In February this year, Thailand announced its Eastern Economic Corridor project, which aims to develop the country’s eastern provinces into a leading ASEAN economic zone and diversify its economy. Thailand’s 4.0 initiative is also an economic drive to make Thailand a knowledge economy and connect the country to the global community. 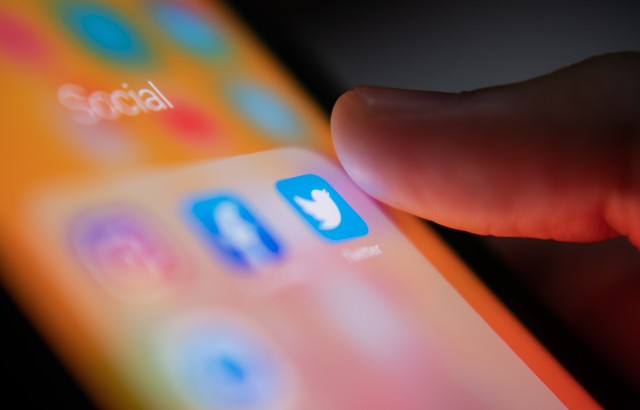 News story: Twitter: not even Elon Musk is wealthy enough to bring absolute free speech to the platform – here’s why
26 April 2022