Seventeen survivors of a fatal incident involving a boat found in distress off the coast of Libya have filed an application against Italy with the European Court of Human Rights. Dr Violeta Moreno-Lax, from the School of Law at Queen Mary University of London and legal advisor of the Global Legal Action Network (GLAN), was the lead counsel on the case. 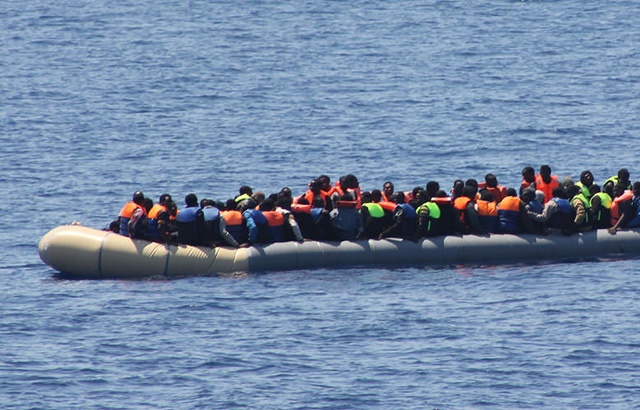 On 6 November 2017, the Libyan Coast Guard interfered with efforts of NGO vessel Sea-Watch 3 to rescue 130 people from a sinking dinghy. At least 20 of them died. The intervention was coordinated from Rome, partly by the Italian Maritime Rescue and Coordination Centre (MRCC) and partly by the Italian navy assets of the Mare Sicuro mission, operating on the high seas and in Libyan territorial waters.

The vessel used in the incident had been donated by Italy months before. The so-called Libyan Coast Guard, a body supported, trained and financed by Italy, ‘pulled back’ the survivors to Libya, where they endured detention in inhumane conditions, beatings, extortion, starvation, and rape. Two of the survivors were subsequently ‘sold’ and tortured with electrocution.

The legal challenge filed by survivors exposes how the Libyan intervention was the result of a formal arrangement, agreed via the Memorandum of Understanding that Italy and Libya concluded in February 2017. The application was filed by the Global Legal Action Network (GLAN) and the Association for Juridical Studies on Immigration (ASGI), with support from the Italian non-profit ARCI and Yale Law School’s Lowenstein International Human Rights Clinic. It asserts Italy’s legal responsibility for the conduct of Italian and Libyan actors in this case.

Dr Moreno-Lax said: “The Italian authorities are outsourcing to Libya what they are prohibited from undertaking themselves, doing indirectly what they cannot do directly. They are pulling back migrants and exposing them to extreme forms of ill-treatment by proxy, through the so-called Libyan Coast Guard”.

In 2012, the Grand Chamber of the European Court of Human Rights found that Italy's ‘push back’ campaign—buttressed by multiple accords, including the 2008 Berlusconi-Gaddafi Treaty of Friendship that the 2017 Memorandum of Understanding revives—breached international law, specifically the prohibition of torture and inhuman or degrading treatment and protections against refoulement and collective expulsion.

The objective with this legal challenge is to extend the Hirsi principle and ban ‘pull backs’, too, as leading to the same result and being thus contrary to basic human rights standards.

Find out more about Queen Mary’s School of Law