Speaking at the Mile End Institute at Queen Mary University of London last night, Andrew Cooper, former pollster to the Remain campaign during the EU referendum, said that David Cameron had struggled in negotiations to persuade other EU leaders that he might lose the 2016 referendum. 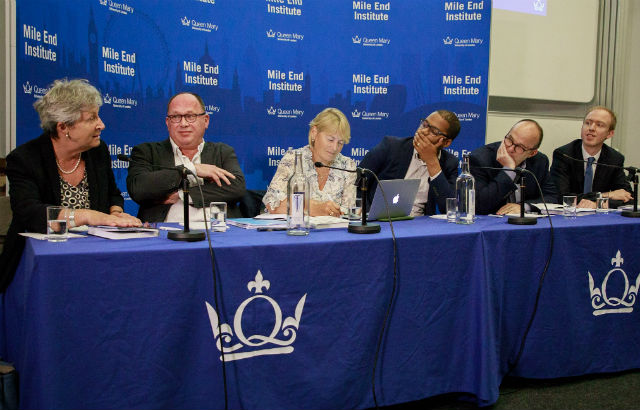 Speaking with Professor Philip Cowley, Director of the Mile End Institute, Cooper explained how the lack of success in EU negotiations led by David Cameron prior to the 2016 referendum meant that he was left on the back foot during campaigning.

“It’s not that he [David Cameron] didn’t try to get things to change the game. More than once he came to me and asked if I could give him stuff to show to other [EU] leaders to make them believe that we might lose,” said Cooper.

The event, held to mark the publication of Yes to Europe! The 1975 Referendum and Seventies Britain by Robert Saunders also covered Turkey’s prospective membership of the EU.

Andrew Cooper claimed David Cameron believed that it would have been irresponsible for the UK to promise to veto Turkey’s membership of the EU. “He came close… [but] In context, Cameron was assuming that he would remain as prime minister and have to mop up the mess with Turkey. He felt that Boris’s use of that issue was deeply irresponsible,” Andrew Cooper explained.

“The reason why Turkey was on the pathway to join, having to subscribe to the criteria and the process of application, was part of trying to keep Turkey on a path to democracy” he added.

General election was considered in wake of Brexit vote

In the run-up to the EU referendum the possibility of a snap general election was considered in the event of remain losing but according to Andrew Cooper, the view from Downing Street was that referendums represented more of a mandate than general elections, and the plan was dropped.

Yes to Europe! The 1975 Referendum and Seventies Britain is out now and has drawn praise from across the political spectrum, hailed as "a captivating read, meticulously researched and exquisitely written" (Daniel Hannan) and as "a jaw-dislocating page-turner. If you care about contemporary politics, you really need to read it" (Andrew Marr).

The Mile End Institute is a major policy centre established at Queen Mary University of London, building on the foundations of its predecessor organisation, the Mile End Group.