Academics are vital part of your student experience. Their knowledge, expertise and enthusiasm shapes your learning, whether that’s through lectures, workshops, lab sessions, or via your learning materials. 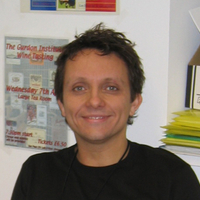 When you study Medical Genetics at Queen Mary, you’ll learn from leading research scientists whose work has a real impact felt across the world.

Dr Paul Hurd is Senior Lecturer in Epigenetics at Queen Mary and teaches several undergraduate modules, including Genes and Bioinformatics and Functional Genomics and Epigenetics.

Dr Hurd’s research focuses on understanding how epigenetic mechanisms mediate interactions between the genome and environment. His lab studies three model organisms: the honeybee, the zebra finch, and the single-cell eukaryote.

Dr Hurd’s team uses the honeybee to understand how nutrition interacts with the epigenome in order to orchestrate the development of three organisms from a single genome. He led a study which found that specific protein patterns on their genome play an important role in determining which one they develop into.

These proteins, known as histones, act as switches that control how the larvae develop and the diet determines which switches are activated. They found that the queen develops faster and the worker developmental pathway is actively switched on from a default queen developmental programme.

This change is caused by epigenetics – a dynamic set of instructions that exist ‘on top’ of the genetic information, which encode and direct the programme of events that leads to differential gene expression and worker or queen developmental outcome.

The study, published in Genome Research, describes the first genome-wide map of histone patterns in the honeybee and the first between any organism of the same sex that differs in reproductive division of labour.

Bees are also very important pollinators – so it is crucial to understand their molecular biology, how they develop, and the mechanisms that regulate this.

Dr Hurd said: “The ability of an individual larva to become a worker or a queen is due to the way genes are switched on or off in response to the specific diet; this determines such differing outcomes from the same genome.”

“We show that queens and workers have specific histone patterns even though their DNAs are the same. These proteins control both structural and functional aspects of the organism’s genetic material and have the capacity to determine which part of the genome, and when, has to be activated to respond to both internal and external stimuli.” 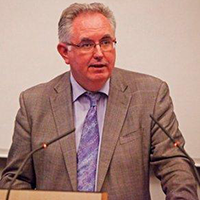 When you study Pharmacology and Innovative Therapeutics at Queen Mary, you’ll learn from leading research scientists whose work is helping to change the lives of people across the world.

Professor Sir Mark Caulfield is Professor of Clinical Pharmacology at Queen Mary and Co-director of the William Harvey Research Institute at Barts, one of the largest pharmacology institutes in Europe.

He has been instrumental in delivering one of Queen Mary’s most ambitious projects: to sequence 100,000 whole genomes. The project is the embodiment of our commitment to working with local communities and achieving the previously unthinkable. Already, the Genome project has delivered life-changing impacts by bringing new diagnoses to people with rare diseases and to help choose cancer therapies.

Professor Caulfield has also made substantial contributions to the discovery of genes relating to cardiovascular health, cancer and rare diseases, including the discovery of more than 1,000 gene regions for blood pressure.

He is among the top 1% of the most highly cited researchers worldwide and his clinical pharmacology research has changed national and international guidance for high blood pressure.

Professor Caulfield graduated in Medicine from the London Hospital Medical College in 1984 and trained in Clinical Pharmacology at the Medical College of St Bartholomew’s Hospital and Queen Mary University of London. In June 2019, he was awarded a knighthood in the Queen’s Birthday Honours List. 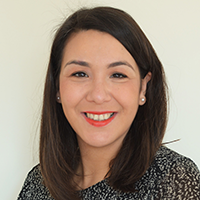 Dr Joanna Riddoch-Contreras, Centre for Neuroscience, Surgery and Trauma and the Blizard Institute.

Joanna is our Programme Director for BSc Neuroscience whose research interests tackle devastating and widespread neurological disorders such as Alzheimer’s disease and dementia, seeking to further understand the effects and explore potential treatments and therapies. These research interests include:

Throughout her research career, she has been published in a number of scientific journals and presented her work both at conferences and seminars.

Joanna’s impressive career trajectory began with her graduating with a BSc Honours degree in Neuroscience from University College London in 2003. This was followed by a PhD at the Institute of Neurology under the supervision of Professors Linda Greensmith and Michael Duchen in 2007. Following two subsequent postdoctoral positions at Imperial College London and Kings College London, Joanna was appointed as a Lecturer at the Barts and London Medical School, in December 2013 and promoted to Senior Lecturer in 2016.

As well as being Programme Director, Joanna teaches on Year 1 and Year 2 of our MBBS (Bachelor of Medicine, Bachelor of Surgery) and the Intercalated BSc Neuroscience. 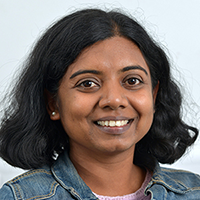 When you study Biomedical Sciences at Queen Mary, you learn from leading research scientists whose work is helping to change the lives of people across the world.

Professor Viji Draviam is Professor of Quantitative Cell and Molecular Biology and Director of Industrial Innovation in the School of Biological and Behavioural Sciences (SBBS). She teaches on several undergraduate modules, including ‘Essential Skills for Biomedical Scientists’.

Professor Draviam co-founded CellCentives, an international clinical initiative to help eradicate tuberculosis, and is a co-mentor on the ENERGISE campaign, which aims to promote STEM education among women students.

Her research is aimed at understanding how cytoskeletal forces are generated and controlled within human cells. She completed her PhD at the University of Cambridge before undertaking post-doctoral research at the Massachusetts Institute of Technology (MIT) and Harvard Medical School.

While working at MIT in 2006, Professor Draviam discovered one of the processes that causes the formation of tumours. Two years later, she started her own research group as a Cancer Research UK Career Development Fellow in the University of Cambridge’s Department of Genetics. In 2015, the research group moved to the SBBS at Queen Mary.

The research group uses a combination of high-resolution microscopy and molecular biology techniques to understand the molecular mechanisms that ensure chromosomal and genomic stability in normal and cancerous human cells. Its research is funded by a variety of sources, including the Royal Society and the Medical Research Council.