Why 2021 should be the year we progress Diversity, Equality and Inclusion

Global Policy Institute Senior Policy Fellow Sabin Khan argues that we all have a moral and public duty to ensure that 2021 is the year that we progress Diversity, Equality and Inclusion by developing tangible solutions that will deliver real change for people of all backgrounds. 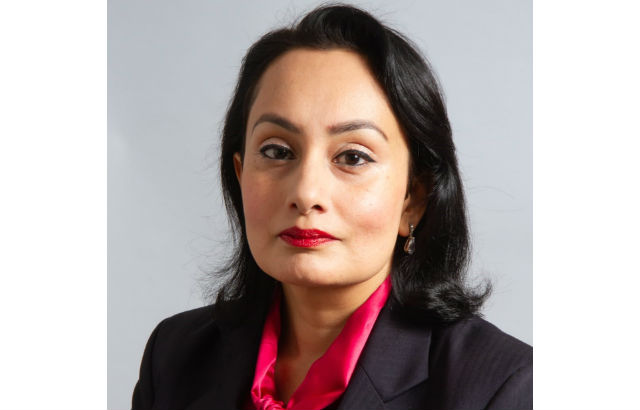 The death of George Floyd sparked anti-racism protests across the globe, and turbo-charged a debate about race and equality in a manner I have never witnessed in my lifetime. Years of pent up frustration, anger, and despair could no longer be contained. Instead these acute anxieties surfaced in a highly visible way, and in such a large scale, precipitating one of the most important public debates of 2020. The other big issue of the day, Covid-19, further highlighted the health and socio-economic disparities experienced by BAME communities.

Over the last two decades the UK has experienced race riots, the death of Stephen Lawrence, and governments and organisations have initiated numerous policy responses, public inquiries, academic studies, and reports (Cantle, Ouseley, Macpherson, Lammy, Casey, Windrush, amongst others). Yet what is different about these global protests was the resounding message that enough is enough. What has been implemented before has fundamentally not fixed the problem, and something profound needs to happen for real change.

I have spent the last few years listening and speaking to people about diversity, equality, and inclusion. For some the polarised debate following the death of Floyd resurfaced untold and buried away stories of the racism they had experienced at school often at the hands of their own teachers or in the workplace. Many argue they have waited decades for change, they have been patient in the hope for genuine equality, but this change has not materialised. Discrimination is still an everyday reality for many.

These feelings are deeply personal and raw. Young BAME lawyers, PhD students, and other professionals who have worked exceptionally hard to build their academic qualifications and professional careers told me they have not been able to progress to senior management roles. More than a third of FTSE 100 boards still lack any ethnic minority representation. The Equality and Human Rights Commission has reported that significantly lower percentages of ethnic minorities (8.8 per cent) work as managers, directors, and senior officials, compared with White people (10.7 per cent). These BAME professionals are told that it will take five, even 10 years, for recruitment plans to result in improved diversity.  But why is such a claim even accepted as fact? They are not reassured by the different diversity initiatives that have been implemented. They have heard all the corporate HR comms before. Too many of these initiatives are based on false assumptions, or are engaged with at a superficial level, not resulting in the meaningful change and fairness people want to see.

For too long, there was an assumption that if you worked hard and acquired a high level of professional expertise, you could achieve your dreams in this country. For some from BAME backgrounds this is the case, however the majority of BAME professionals I have spoken to believe this to be the exception not the norm.  There is no doubt that there has been some positive change in the last twenty years, but the rate of change is far too slow. This must change.

My career has also given me the opportunity to meet first-hand White communities, some who also feel disenfranchised, ignored, and failed by the system. A report by The National Education Opportunities Network (NEON) published last year found that young people from White working-class communities are significantly underrepresented at university. Other studies have shown that only around a third of White working-class boys attain a strong pass in their Maths and English GCSEs. Again, the issues in relation to poverty, unemployment, poor housing, and the lack of opportunity experienced by White working-class communities are not new. These issues were clearly highlighted following the social disturbances in Bradford, Oldham, and Burnley in 2001. Both across White and BAME communities, perceptions and attitudes have increased in scale and hardened over the years.

It saddens me to observe how some of these debates, both in the UK, and across the globe, have become increasingly polarised, politicised, and lacking in common humanity. In a climate of 'cancel culture' and misinformation, the opportunity to have an authoritative, open, and evidence-based discussion is a further barrier that could inhibit progress. Now more than ever we need public debates to be solution orientated - led by etiquette, expertise, and by those who are qualified to provide a nuanced analysis of the issues. Similarly, everyone should have a say, and stake, whilst respecting people’s different 'lived' experiences and backgrounds.

Despite the challenges, there is opportunity for improvement and meaningful change. In recent months, many workplaces and organisations have facilitated discussions about diversity, equality, and inclusion. Staff members have not held back, and difficult but important discussions are taking place. Across all fields from government, the media, academia, the private sector, to the sporting arena, leaders are now re-evaluating their recruitment plans, boards, and business strategies. The next two years are critical and will showcase the organisations and individuals who have demonstrated strategic leadership.

The momentum for societal change and progress has always been achieved through individuals who have demonstrated strategic leadership at these critical moments. The debates about racial disparities, chronic structural barriers, and inequality are not new, but our thinking must advance, as societies evolve. The following actions are vitally important over the next two years.

We must all adopt humility and be prepared to look in forensic detail at our daily ways of working, programmes, and organisational culture, to identify whether our behaviours are undermining diversity, equality, and inclusion. This is not going to be an easy process. Most organisations may feel more comfortable undertaking light touch reviews. But this approach will mark out those organisations who have exemplified strategic leadership with those who have not. A granular review will expose mistakes that are being made, and where immediate changes can be made.

In reviewing the current approaches leaders should focus on implementation. We should not waste time and resources undertaking further research or analysis of the problem. Leaders must be prepared to accelerate the process, and be brave and creative to develop new solutions that will enable change at a faster pace. We must recognise that to drive real change will require our organisations to operate differently to before.

We are at an important juncture globally and I am positive that the next few years will mark out those who exemplified strategic leadership and advanced diversity, equality, and inclusion. Queen Mary's Global Policy Institute has at its very core strategic priorities, the commitment to advance rights, diversity, inclusion, and resilience. The Institute will work hard over the next year to lead innovation in practical-based approaches. We all have a moral and public duty to play our part and ensure 2021 is the year we develop tangible solutions that will deliver real change for people of all backgrounds.