Let The Games Commence - Olympic spectatorship during a global pandemic

There will be no live spectators at the Tokyo Games; a first in Olympic history. This extraordinary fact and the idea of a Games with empty stadia due to a rise of coronavirus infections in Japan makes the role of the spectator at the Olympic Games more apparent than ever. 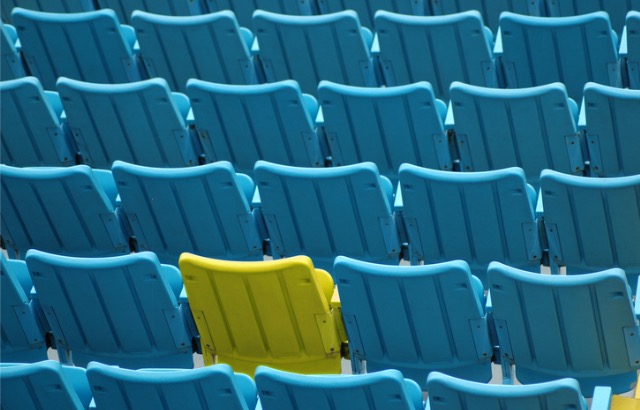 Spectators are a significant financial factor in the Games, and the £815 mill costs that were to be offset by tickets will now have to be absorbed elsewhere. However, there are other things about the live spectatorship that are significant and harder to quantify. The past 18 months have made this apparent with sports events around the world cancelled, disrupted, or played behind “closed doors” as a result of the Covid-19 pandemic.

But the Olympics are different and distinct. The Games are the arbiter of worldwide prowess, at which records are broken, careers defined and history made. To make it to the Olympics, and then have no crowd to watch and cheer your performance was unthinkable in August 2016 when The Rio Games closed and the Olympic Torch began its journey to Tokyo.

The philosopher George Berkeley is credited with formulating the thought experiment of the tree falling in a forest: where no-one is there to hear it, does it make a sound? Sport, games, and athleticism take place every day around the world whether or not we are there to watch or witness this. And yet, any athlete will tell you that performance ‘on the day’ and before a crowd is fundamentally different.

Spectators inevitably raise the stakes, athletes are no longer simply challenging their personal best, but doing this before a crowd of cheering, heckling, demanding watchers and witnesses. Live spectatorship improves strength, stamina and performance quantifiably, athletes tap into reserves and push themselves harder and for longer with a crowd present.

However, perception is everything. Whilst players and fans believe that home support makes all the difference, it may have more to do with the belief in this support than with its immediate presence. An analysis of Premier League performance in 2020-21 showed that performance at “home” matches was negligibly affected by the absence of crowds. A study of the Barcelona Olympic Games of 1992, of the performance of happiness and smiles by Olympic competitors versus their reported “real” feelings by questionnaire, demonstrated that athletes displayed “intense happiness” when they thought a crowd was watching but in the waiting and post-event areas where there were no spectators there were no such displays. A study by the BBC at the Rio de Janeiro Games in 2016 examined the complex partisan and political motivation for “booing” and the influence of this on athletes and spectators.

Crowds and the perception of their investment and feelings influence athlete stamina and success. They affect the athletes’ experience and display of intense emotion which in turn intensifies spectator investment and enjoyment. One of the revelations of the Premier League “closed-door” events was the influence of crowds on referee decisions, with less bias towards the “home” team and fewer “draws”. Athleticism and its spectatorship are entwined in social feedback loops.

It is the perception of invested spectatorship that is of most significance to both athlete and spectator. Most of us have only ever watched The Games remotely; the majority of Olympic Games spectators by a very long way are not live spectators but watching thousands of miles away, in a different time zone.  The strategic mobility of The Games, hosted by different cities every four years since 1896, was a fundamental feature of the transnational Olympic Games as envisioned by founder Pierre de Coubertain. In this way we share a perception of The Games as global and of ourselves as connected internationally through our spectatorship, even though we are not present.

The Tokyo Olympic Games in 1964 were the first to be telecast worldwide (though only 10-15 hours total and still in black and white). Fifty-seven years later, the Tokyo Games are once again giving us a spectatorial historic first during an unprecedented global crisis. Unlike the Tokyo ’64 spectators, audiences for The Pandemic Tokyo 2021 Games will be able to watch all events “live” on an array of devices. This year, however, all spectators, local and global, will be “remote”.

In the panoply of events at The Games, different sports attract different spectators and are more or less well attended, live and digitally. Watching the “Walking” events for instance (RaceWalking, 20 and 50k have been Olympic events since 2012) may not be high on your list, and this is perhaps because remote spectatorship privileges shorter, more dynamic and televisually “spectacular” events. Other events where having a vibrant live crowd makes a big difference to remote spectators’ perception of the significance of the event, as well as to competitors' such as the new Skateboarding events, will need to develop new ways of making live spectatorial response shared and apparent.

Live crowds perform an essential function as avatars or proxies for remote audiences. These days they are an index of global response for both athletes and viewers. We have options though. And perhaps Tokyo 2021 will see the first of some different, exciting modes of “live” and visible spectatorship. Aggregating television and digital viewer numbers and displaying these live to athletes and spectators, for instance, streaming social media comments on live screens visible at the events, drawing on pollster technologies to visualise live audience “sentiment”, establishing a platform for viewers to “gogglebox” their live responses and stream these into the event; these are all strategies that would enable the perception of spectatorial presence and accountability.

Communities of spectatorship will be forged and found remotely this year in ways that have been growing online since the Beijing 2008 Olympics first established a social media presence and strategy. Spectatorship at the Tokyo Olympics 2021 will be performed, amplified, and mediated through social media, leaving a trail of evidence and data. Official and homegrown hashtags will establish bubbles of response by national partisanship, a celebration of records broken and astonishing feats the world should see. It is to be seen, in a time that has been hallmarked by isolation and uncertainty, how this spectatorship can succeed in producing a different feeling of Olympic occasion this year. There may be new scope for spectatorial engagement that goes beyond national partisanship to create new communities of joy and celebration and bring our world closer together.

The Olympics at its best offers inspiration through astonishing feats, courage, and humbling sportsmanship. Let’s think twice about the reasons for watching the women’s volleyball and insisting they compete in outfits so different to those of the men’s team. Let’s cheer the phenomenal achievements of the Refugee Olympics Team, let’s root for competitors taking the knee.

Such inspiration is a panacea for a period of political division, isolation, and uncertainty.

Dr Pen Woods is an Audience Researcher and Historian at Queen Mary University of London, she is Academic Lead- Inclusion Rights Diversity for the QM Global Policy Institute and part of the QM Centre for the History of the Emotions