It's time to rally behind the WHO

Catherine Fieschi, Director of Queen Mary's Global Policy Institute and a leading expert on populism, and Professor David McCoy, Professor of Global Public Health, argue that now is the time to rally behind the World Health Organisation in the wake of Trump's recent attacks on the institution. 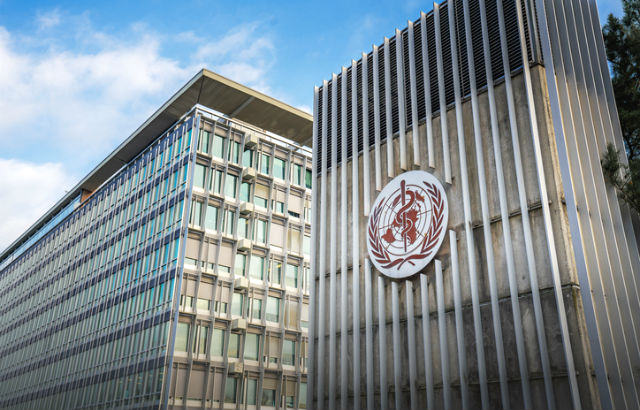 That Donald Trump is no friend of multilateral institutions is not news. Over the past few years, he has managed to gut the Iran nuclear deal (JCPOA), call for a radical overhaul of WTO rules to disfavour China, withdraw from the Paris Agreement, threaten NATO, dismiss the EU and its institutions (whilst cheering Brexiters on), and regularly turn the G7 into a wrestling pit. As for the UN, he addressed its 74th session in 2019 with these words: “The future does not belong to globalists. The future belongs to patriots”.

So as Wuhan, the coronavirus’ initial epicentre, gradually re-opened after months of lockdown, Trump decided to turn his aim at the World Health Organisation, right in the middle of a global pandemic and accused the WHO of being China-centric and biased against the US. Finally, never one to waste a good crisis – or to pass up on fanning the flames of one – after accusing the WHO of concealing information and being too slow to react to the virus, (even though he was calling the whole thing a hoax a full month after the WHO declared a public health emergency of International Concern), Trump withdrew US funding to the WHO, ‘pending a review’.

To be fair, figures other than Trump have been somewhat dismayed by the WHO’s apparent willingness to accept Chinese accounts of the pandemic with perhaps too little scrutiny. But for Trump, even as the US suffers from some of the worst cases of the pandemic, this is a moment to reassert the country’s financial might and his own.

Now is the wrong time to attack the WHO

This is precisely the wrong moment to attack the WHO. Many global health experts are appalled, and Trump’s move has unleashed harsh criticism from business groups, foreign leaders and NGO’s. The considered view is that the WHO has performed rather well under difficult circumstances. And while the are some legitimate criticisms of some aspects of China’s initial handling of the Wuhan outbreak, China also took decisive action to limit the spread of the virus to other countries, and was prepared to take a big economic hit in doing so.

Given the current state of the epidemic in the US - and the fact that all countries have to rely in great measure on it being collectively tackled through international cooperation - health experts have argued that the attacks on the WHO are an instance of self-harm on the part of the US. US figures are catastrophic: as of April 17th, over 16,106 people have died in New York alone, there have been 34,641 deaths across the USA and over 678 210 confirmed cases. The worst is being expected in New Orleans where the city is just emerging from Katrina inflicted hardship, as well as in poorer communities where the US health system, porous at the best of times, leaves thousands unprotected and helpless.

But for Trump, this is win-win – that a disaster of such magnitude could happen is, for him, proof that organisations like the WHO are not worth supporting (financially or politically), as well as an opportunity to buttress his worldview: a relentless belief in going it alone matched, by a relentless disbelief in expertise and global collaboration. No amount of medical know-how dents his commitment to blind nationalism or to pulling the covers to himself (after all, the man did try to buy a German lab working on a vaccine – CureVac - in an attempt to deliver exclusive benefits to the US). If anything, the magnitude of the crisis is seen as legitimating a kind of end-justifies-the-means attitude, as long as those ends are American.

All crises have their scapegoats

Furthermore, given the slowness and inadequacy of his administration’s response to Covid-19, finding a scapegoat to deflect blame is an understandable tactic. The November elections could judge Trump harshly in (what we hope will be) the immediate aftermath of the pandemic. As Foucault once suggested, all crises have their scapegoats – Trump’s natural tendency is to identify the WHO as part of his panoply (alongside China, foreigners, the lack of borders, etc), before others start to point to him.

Trump’s fundamental attack on multilateralism at a times of global crisis displays not only how strongly he holds into his world-view, but also how committed he is to hold onto power. To those who might have hoped that this shock would wake him and the American public to the benefits of international solidarity and expertise, the attacks on the WHO are proof to the contrary.

And to those who argue that this pandemic will work against populist governments in power, this should also act as a wake-up call: Populism is a deeply ideological stance that can thrive in moments of crisis –particularly when it can blame evidence-based organisations that genuinely grapple with the uncertainty of complex situations. And it goes without saying that his criticisms have also been latched onto by trolls and extremists who have let loose a tidal wave of racist vitriol directed at Tedros Adhanom Ghebreyesus (the first African head of WHO), as well as at Chinese people in general.

Undermining the WHO is dangerous

But most fundamentally, undermining the WHO is dangerous. Its role in promoting global pandemic preparedness as well as sharing information and issuing normative guidance, is vitally important. Instead of criticising any of WHO’s shortcomings, the response of the international community should be to see how WHO may be strengthened and enabled to carry out its mandate and function. There are weaknesses in the WHO – but many of these are the making of its member states; and can be easily rectified. Perhaps the most shocking statistic is that WHO’s total annual budget of just over $2billion is about the same as a large hospital in the United States, with most of this budget being earmarked to specific non-coronavirus projects or programmes by its donors.

WHO’s mandate to direct and coordinate international health through the UN system means that its technical functions are inevitably influenced and constrained by international politics. Indeed, not a single past Director-General of the WHO has escaped criticism for their handling of a health issue for a political reason. But it’s worth also highlighting how the health community can shape international politics. Instead of using Covid-19 to accentuate tension between China and the USA, the current global pandemic offers an opportunity for the two most powerful states in the world to cooperate in the interests of all. We’ve already seen a hugely improved (and important) degree of international cooperation amongst scientists, including those from China. It would be tragic if this vitally important example of trans-national cooperation, facilitated by the WHO, were to be damaged by Trump’s selfish and petulant worldview.

History shows that the WHO works best when multilateralism thrives, and when it manages to keep the demands of public health free from being caught up in international politics. Currently, the multilateral order, and its institutions, are being systematically undermined. But the arrows can run the other way: rather than resign ourselves to the ebbing of the WHO’s power and legitimacy, bolstering it (continuing to grant it both funds and legitimacy – regardless of Trump) is another way of maintaining and strengthening the web of multilateral institutions of which it is a part. Institutions whose relevance the pandemic makes more rather than less obvious.

As a longstanding ally of the USA and one of the biggest funders of WHO, the UK must minimise the damage being done to international cooperation which is essential for global health security. Downing street’s statement, accompanying its commitment to WHO funding, suggests that Trump truly is on his own on this one (Farrage aside), and such public statements of support for the WHO are essential. But further unequivocal support for multilateral institutions will have to be forcefully and often reiterated in the months to come as pressures to reassert sovereignty increase.

Dr Catherine Fieschi is Director of Queen Mary's Global Policy Institute and a leading expert on populism who has previously written for The Guardian, among others. Her latest book Populocracy was published last year.

Professor David McCoy is an experienced global public health generalist who has recently been providing commentary on the coronavirus pandemic to outlets such as The Guardian and Newsnight.