Can multilateralism ease the burden of international debt?

Professor Paola Subacchi, Professor of International Economics and Chair of the Global Policy Institute's Advisory Board, considers the dynamics of borrowing in the global economy. Where should poor countries borrow from, and should they be wary of ulterior motives? 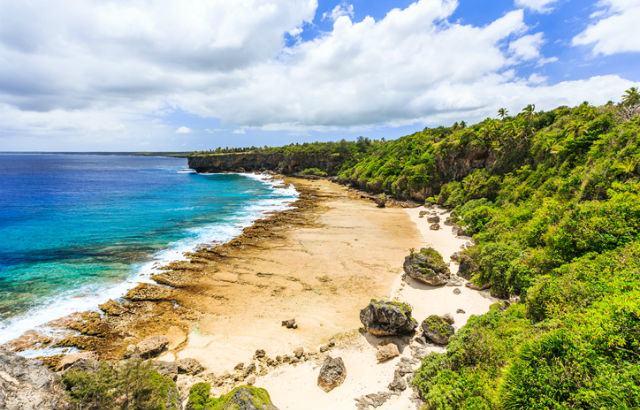 China's lending to the Polynesian country of Tonga is problematic.

This October the IMF and the World Bank are coming together to host their Annual Meetings, just as they have done so many autumns before. There will of course be one critical difference – this year’s events are held online due to the Covid-19 pandemic. The IMF and the World Bank were created in the aftermath of the Second World War with the purpose of advancing multilateral cooperation and avoiding a repeat of the destructive policies that could trigger another conflict. As Covid-19 has ushered in the most severe crisis and recession that the world has seen since the Second World War, multilateral cooperation is important now in a way that most of us have never experienced in our lifetimes before. Kristalina Georgieva, the managing director of the IMF, has urged countries to increase borrowing and spending to overcome obstacles to growth and counter the recession. But, for many countries, the dynamics of borrowing in the global economy are exactly the thing that pits them against the international order.

International debt has long been a burden for developing countries. It is necessary, however; as they are unable to generate enough capital domestically to support their development, borrowing provides the only chance of not getting left behind. Borrowing during times of crisis further provides a way for poor countries to mitigate hardship and survive the turmoil. But, when credit conditions become difficult and debt sustainability becomes problematic, where is the best place to borrow from? And how can poor countries face the obligations on the existing debt?

The health emergency and the lockdown measures enacted to contain the pandemic have exacerbated the debt problem and pushed many countries to the brink of default. In response, the IMF and the World Bank have come together with the G20 to create the debt service suspension initiative (DSSI). Under the DSSI, the world’s poorest countries can apply to suspend their debt repayments owed to G20 governments and their policy banks that were due this year. While the initiative is likely to be extended by at least another six months to cover payments due in the first half of 2021, it is clear that it doesn’t go far enough. Indeed, despite the IMF and the World Bank urging private and multilateral creditors to participate in the initiative, there is no obligation for them to do so. China has taken advantage of this clause by classifying its state-owned policy banks as commercial lenders rather than public ones. This has allowed them to continue charging interest on suspended debt which will again be subject to interest later down the line when it’s repaid. The result is that these debt burdens will ultimately be intensified – and not relieved. And regardless of this problem, as debt repayments are only delayed under the DSSI, it doesn’t provide much more than a temporary respite.

The current crisis has put under the spotlight the issue of countries – especially low-income ones – that struggle with an unsustainable debt burden. This impinges on such countries’ development and growth, often generating a spiral of new debt – until there are creditors willing to lend. In recent years there has been an increase in bilateral lending to poor countries that struggle to borrow on international capital markets and are reluctant to turn to the multilateral lenders such as the international development banks and the IMF. Loans from these institutions come with stringent conditions attached, such as implementing structural reforms and tight fiscal policy. Bilateral loans, on the other hand, often come without strings attached – i.e. with no sovereign rating, governance criteria, human rights or environmental standards attached. For countries that engage in bilateral lending, it is as a way to gain access to regions that are strategically important in terms of foreign policy or in accessing energy and commodities.

The problem with bilateral lending is that it often reeks of coercion as there is usually one party that clearly has the upper hand. China’s lending patterns to poor nations illustrates this point. Zambia – the second-largest producer of copper in Africa – is currently grappling with the task of restructuring $11 billion of foreign debt, of which a third is owed to China. The pandemic has put Zambia’s economy under huge strain, yet Chinese creditors are applying further pressure by insisting that they won’t participate in debt relief talks unless Zambia pays them arrears. This risks dire consequences for Zambia. For, if the Chinese creditors are granted arrears, then the Zambia’s other creditors could demand the same, pushing the country’s finances over the edge. This further has the potential to dissuade Zambia’s western creditors from granting concessions if they think that their funds will ultimately be paid to China.

China’s lending to Tonga is similarly problematic. Tonga is a small developing country, that holds a strategically important position in the South Pacific that allows China access to the Pacific without passing by any US allies in the region. Tonga is vulnerable to natural disasters and heavily dependent on foreign aid. Its external debt currently stands at around $186 million, with roughly two-thirds of this owed to China. With a GDP of just $450 million, the size of Tonga’s debt is substantial. China started lending to Tonga over a decade ago and, in 2018, it announced a five-year delay on Tonga’s repayment schedule. Not long after, Tonga announced that it had joined the Belt and Road Initiative, China’s large infrastructure development programme.

China is somehow exploiting the inability of the multilateral institutions, of which it is a member, to reform their lending practices. Good progress was made at the time of the global financial crisis and more recently during the Covid-19 crisis, with the IMF introducing more flexible lending practices. The IMF’s Flexible Credit Line (FCL), for example, was established in the wake of the global financial crisis to advance crisis prevention and mitigation. By encouraging countries to ask for help before they face the inevitability of a full-blown crisis, the FCL is intended to help reduce the stigma that many countries perceive as being attached to IMF loans. Since the outbreak of the pandemic, Columbia, Chile and Peru have been granted around $51 billion under the FCL.

But the world critically needs an international framework for debt restructuring. Debt levels were at unsustainable highs prior to the pandemic, and the measures taken to contain the outbreak have pushed many countries to the verge of default. As countries will continue to make loans with ulterior motives, we must make sure that disputes are resolved on fair grounds – and not bargaining among unequals.

Multilateral lending is a key component of the international order and ensures, at least in principle, that lending is not allocated at the whim of countries with financial surplus and geopolitical priorities. The framework of the international institutions ensures that lending is centred around good standards and practices that aim to direct money where it is needed and in line with good governance. Instead of advancing the interests of individual countries, multilateral lending serves to smooth geopolitical tensions. If the international institutions lent fairly and without bias, then countries in need would be less likely to be tempted by favourable loans from suspicious lenders.