Access to Covid-19 vaccines - the telling case of Brazil's delays

Many low- and middle-income countries (LMICs) are struggling to get their vaccination programmes off the ground. But with a National Healthcare System, national laboratories, and a track record of successful immunisation campaigns, Brazil should be different, say Giuliano Russo of Queen Mary University of London and Mário Scheffer of the University of São Paulo. 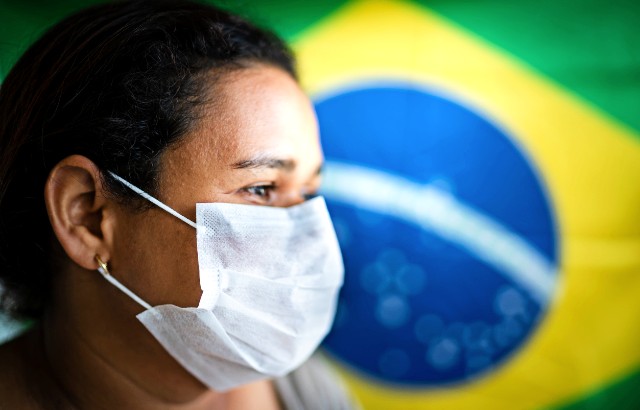 As many as twelve COVID-19 vaccines have been approved and are currently being used worldwide, but while immunisation campaigns are gaining pace in richer parts of the world, many LMICs are struggling to get their vaccination programmes off the ground.

Their comparatively lesser ability to pay and lack of manufacturing capacity, are the explanations typically given for such delays, together with the hiccups experienced by Covax – the international facility set up to procure and distribute vaccines in poorer parts of the world.

But Brazil should be different, as the country has a National Healthcare System free at the point of use, a long-standing record of successful large-scale immunisation campaigns, domestic production of vaccines, and a reputation for threatening to break pharmaceutical patents for past public health emergencies. However, global and local factors are holding back its COVID-19 vaccination efforts. Understanding the nature of Brazil’s delays is critical to get vaccinations efforts off the ground in many LMICs.

COVID-19 and vaccines in Brazil

Brazil has made the COVID-19 international headlines for all the wrong reasons. The country has recorded more than 280,000 deaths and 11.2 million cases since the pandemic began. New, more infectious COVID-19 variants are now established in 17 of the 27 Brazilian states, threatening particularly Brazil’s most vulnerable indigenous states, and bringing its national health care services to the brink of collapse. The political response to the crisis has been far from commendable; three health ministers have been sacked since the start of the epidemics; the federal government has failed to agree nation-wide public health policies to suppress the contagion, leaving individual states to decide and implement lockdown measures.

Interestingly, the country has a long history of fighting infectious diseases through its extensive national healthcare system, network of community workers, and bold public health campaigns. Brazil has also through the years invested in the development of public pharmaceutical laboratories - such as Butantan in São Paulo, and Fiocruz in Rio de Janeiro, that have been instrumental in the past to implement its vaccination campaigns and reduce the price of patented medicines, particularly for HIV/AIDs. But until mid-March, only 8 million people had received at least one dose of any of the two vaccines (4% of the total population).

Like other LMICs, since the beginning of the epidemic Brazil has bet on the success of the vaccines tested in phase III trials in the country, and logistically easier to manage vaccines such as the Oxford/Astra Zeneca and the Sinovac’ CoronaVac. The first doses were received on 18 January, but until the end of March, only 20 million doses had been received by the Ministry of Health. Approximately half of those are imported directly from India and China, and half are produced by domestic laboratories. Despite having pre-ordered 42 million doses of vaccine from the Covax facility, no shipment is expected from that channel before the end of the year, as the facility has only recently started to provide vaccines to cover for just 20% of LMICs populations.

Like other medicines, vaccines can either be imported or produced domestically, if the original inventor agrees to share its patent to increase production. But this ‘domestic production’ needs qualification, as very few countries will have the capacity to manufacture from scratch such complex products. Once granted permission to produce a patented vaccine, most middle-income countries – including Brazil – will need to import key Active Pharmaceutical Ingredients (APIs) from the world industrial giants like India and China. And if finished products have been difficult to come by because of global competition, APIs have not been forthcoming either.

Despite the undisputed global barriers to vaccines acquisition, any Brazilian will point out that domestic determinants are amplifying delays, as COVID-19 vaccines have never enjoyed unequivocal political support, and an opaque vaccination plan has been put belatedly in place. Since the onset, President Bolsonaro has consistently minimised the gravity of the epidemic, in an attempt to avoid strict lockdown measures, keep the economy going, and boost his administration’s chances for re-election.

More recently, the president questioned the efficacy of Coronavac, the vaccine developed through a partnership between Chinese Sinovac and the São Paulo State’s administration headed by one of his political opponents. Against the backdrop of Brazil’s volatile political environment, there are signs Bolsonaro may be changing his stance on vaccines to fend off the attacks of his archenemy and once again potential presidential candidate Lula. As a result, Brazil lacks a consistent National Vaccination Plan spelling out clear vaccination targets and transparent priority groups.

The latest version of the vaccination plan has been criticised for failing to consider adequate vaccinations targets among priority groups, and unequal across rich and poor Brazilian states. The original priority groups for vaccinations have been changed repeatedly because of political pressure, and the current list includes as many as 29 vulnerable and essential workers groups, for an estimated total of 77 million people. Such uncertainty has created opportunities for some citizens to jump the inoculation cue and bred fears of nepotism in access to vaccines.

Although a large proportion of the population still appears to be willing to get vaccinated, there are signs that the shambolic handling of supplies is eroding confidence in vaccines, a sentiment fuelled by conspiracy theories by evangelical groups close to President Bolsonaro in the Amazonas region.

Where do we go from here?

The political economy of national COVID-19 vaccinations deserves greater attention if LMICs are to avoid being caught between unsurmountable macro barriers and intractable local politics.

The global supply of pharmaceuticals is, in fact, much more inflexible than one might think, and an argument can still be made that countries should invest in developing their own production capacity for vaccines security.

Brazil's telling case shows that, while progress in pharmaceutical research and design is critical, global and national factors may conspire to derail COVID-19 vaccination plans in LMICs.