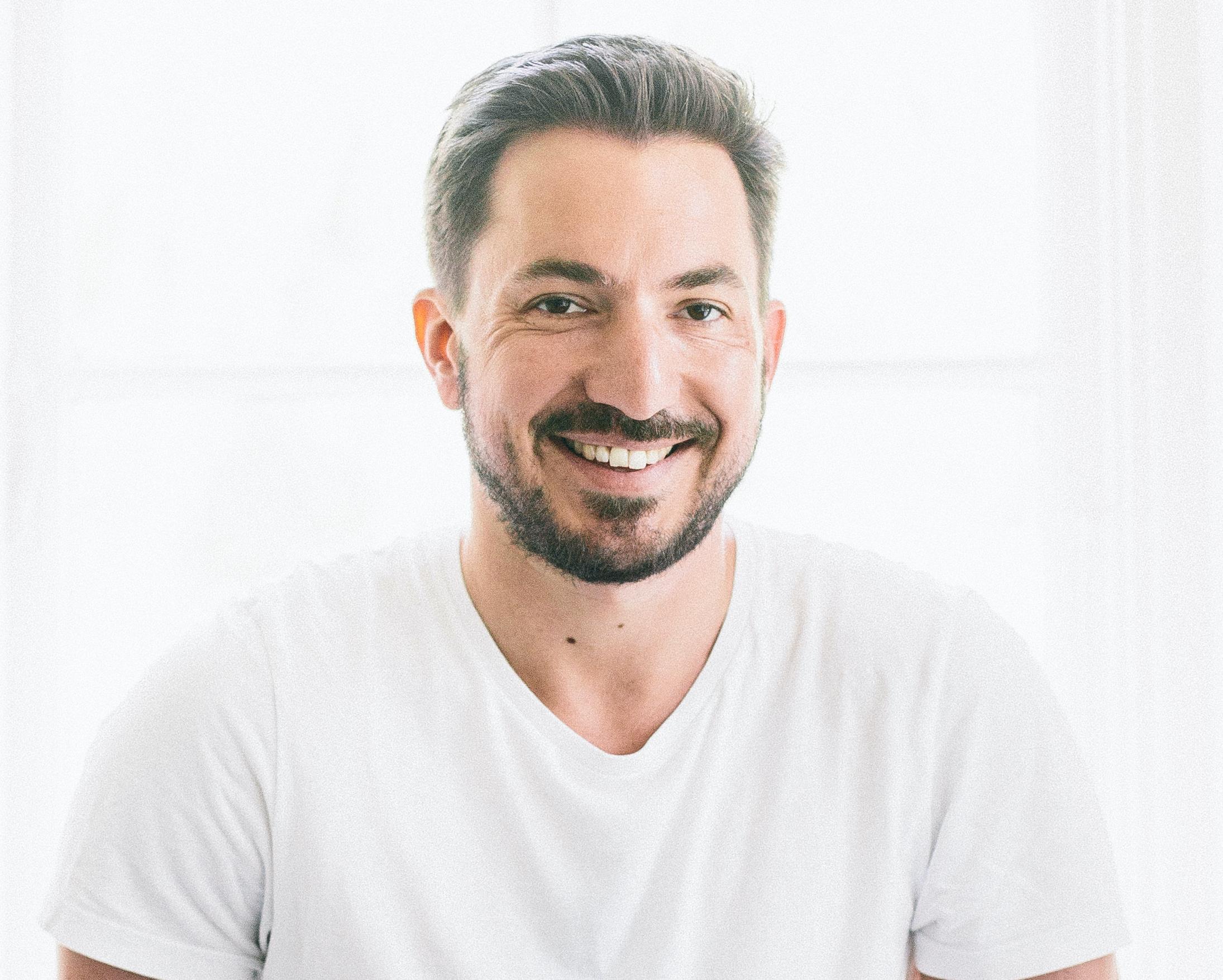 Professor of Historical and Political Geography

Professor of Historical and Political Geography, Director of the Institute for Humanities and Social Sciences, Research Professor, Peace Research Institute Oslo, Fellow of the Royal Society of Arts.

I am an historical and political geographer with interests in political philosophy and the history of ideas, political economy, and the international politics of the postwar era. From earlier work on science and innovation to writing on humanitariansm and intellectual histories of development my research examines the politics of different ways of knowing and acting upon the world. Most recently I have been thinking about the relationship between liberalism and democracy: including the historical record of efforts to internationalise this relationship. Some recent publications include:

I have taught, convened and contributed a wide range of undergraduate and masters courses during my time at Queen Mary, including MA Cities and Cultures, Geographical Ideas and Practice, and Global Worlds. I am also an active academic advisor to first, second and third year students on our core advising modules.

My work examines a broad range of historical-geographical and political-economic thought. I am particularly interested in the making of forms of power/knowledge and the way that different sorts of knowledge shape the modern world. I have tried to understand regimes of development, global health, science, humanitarianism, welfare, and (revolutionary) war in these terms. My approach to each of these topics is twofold. First, I am interested in the history of thought through which new paradigms emerge (as in recent work contrasting different theories of health justice). Second I am interested in the political struggles generated in and around these various efforts at world-making (be it the violence of revolutionary upheaval, the institutional transformation of democracy, or struggles over economic policy). In an effort to bring together these various lines of research from the past decade or so, I am currently developing a new programme of work that will explore the history of duties as a counterpart political language to that of rights. This work informs recent writings on Political Minimalism and will be explored from 2021 through an RCN-funded project Co-Duties (at the Peace Research Institute Oslo) examining the politics of duties during the current pandemic in Norway, France and the UK.

Over the past decade my work has been undertaken within five loosely intersecting research projects encompassing the politics of (global) health, the history of humanitarianism, theories of economic development and global justice, and the post-Cold War travails of capitalist democracy.

Vital Geographies This is a long-term, interdisciplinary project examining how human lives are valued (and devalued) in different ways: be it due to lack of access to basic medicines like anti-retroviral drugs, or because of more basic geographical inequalities in the right to life itself. This work began with Professor Gerry Kearns (University of Cambridge/National University of Ireland Maynooth) and an ESRC-funded seminar series Vital Politics/Valuing Life that brought together global health scholars with medical and political geographers to examine some of the ways in which human rights and capacities are indexed geographically. A second stage in this project focused on an international seminar entitled Counter Vitalities [PDF 206KB], held at Yale in Spring 2014, which examined how “global health” has become both a powerful discursive domain and an ideological battlefield, replete with its own particular logics and power relations through which different visions of human health are enacted and secured, often by undermining the health of others. At present, a third phase of this project involves an examination of the Indian Supreme Court ruling in Novartis v. Union of India and an exploratory investigation of the politics of pandemic response.

Humanitarianism in the 21st Century. This work is being carried out in collaboration with the Norwegian Centre for Humanitarian Studies and the Peace Research Institute, Oslo and encompasses the Norwegian Research Council funded project (Norwegian Research Council, 2012-15) Armed Violence in Urban Settings: New Challenges, New Humanitarianisms as well as contributions to the joint PRIO/NUPI/CMI project Protection of Civilians: from principle to practice. Earlier work here involved partnering with the Norwegian Red Cross, the ICRC and World Vision International to understand how and why humanitarian organizations have been ‘going urban’ and the ways in which this is challenging their existing values and function. A series of articles and reports are available from this research, some of which can be found here. More recently I have been writing about the larger fate of liberal internationalism to which the global humanitarian impulse pertains, as in this chapter here.

Poverty and Power in an Age of Inequality. As part of my Philip Leverhulme Prize (2012-14) funded research leave I began looking at the intellectual history of international development since the Second World War. The work examines the writing of economists like AO Hirschmann, Gunnar Myrdal and Raul Prebisch in light of contemporary problems of the global political economy today. Can the historical experience of non ‘third world’ late-industrialising economies provide us – at a point when the Millennium Development Goals conclude in 2015 – with a different way of thinking about contemporary “global poverty” debates. Parallel to recent currents in political philosophy, the work questions in particular why it is a concern with global poverty and not global inequality that still dominates political debate in advanced industrial and newly emerging economies. Some of this work informs my most recent book, The Political Origins of Inequality. One of the proposals put forward in that book, for a system of Global Public Investment, informs the recent work I have been doing (with the support of the Joep Lange Foundation and QMUL's Global Policy Institute among others) to build an international movement that is experimenting with the idea of a people's proposal for a new international economic order. Updates on this project, including the founding of an international Expert Working Group to deliberate on the idea, along with access to the forthcoming global consultation on the basis of the EWGs work, can be found here.

Capitalism, and Democracy in the contemporary era. With support from Norway’s Fritt Ord foundation and the Norsk Faaglitterær forfatter- og oversetterforening, this project sets out to explain the current political upheaval across liberal democratic west by going back to the crisis years of the 1970s. Rather than see political ideology (and so 1989) as the pivotal turning point in the post-Cold War experience, this project foregrounds the role of economic ideology to explain the transition that institutions and social and historical forces underwent during a period of profound geographical dislocation. How has democracy been shaped by developments in central banking and finance during this period? By the turn to regionalisation and the judicialisation of politics? By the emergence of technologies of efficiency such as smart borders and social media? Or by the shifting fortunes of political parties on both the left and right alike, amid the pressures of political and economic crises? Such an approach may be better positioned to make sense of the changes in political values (such as freedom and equality) and the structures through which they are articulated (such as welfare states and markets). It certainly helps us to see the past half-century as a more or less coherent epoch: one from which we are only now beginning to move beyond. The book follows this story through to the present complex of problems, from Europe’s crises of populism, Brexit and Trum, to the ongoing upheavals confronting liberal democracy itself.

A Genealogy of Global Justice. My most recent project, supported by a one-year Philip Leverhulme funded Fellowship (2016), peeks behind the veil of that liberal democratic edifice. Specifically, it focuses on political liberalism, and seeks to account for the “geographical imaginations” at work in Rawls’ Theory of Justice, along with those of his interlocutors, who have taken his ideas forward to the global scale (the likes of Charles Beitz, Jurgen Habermas, Thomas Pogge, Nancy Fraser). It contrasts the emergence and development of a liberal (Rawlsian) notion of “global justice” with alternative and overlapping ideas (such as the socialist thinking of GA Cohen). I am also interested here in the ‘problematic’ of Rawls' own reluctant internationalism. In essence this means better accounting for exactly how ideas of fairness, equality, rights and responsibility and so on get baked into accounts of global justice. But the project as a whole underpins a more general interest of mine in the emergence and development of what I call “political minimalism”.

I welcome PhD students interested in working in any of the above research areas.