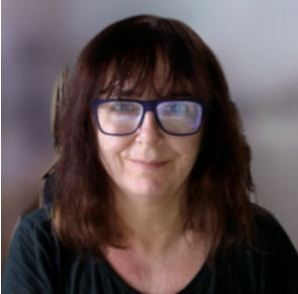 My work focuses on heritage and tourism in the Middle East. I am particularly interested in how heritage is visualized, remembered and enacted through the production of tourist space. My research methods and outputs use filmmaking, creative mapping and other community focused strategies that aim to engage a wider audience within the scope of academic research and knowledge production.

I am the founder of Film Geographies, an online forum for fillms and filmmaking as a form of academic practice and knowledge production. We organise two annual calls for films AAG Shorts and RGS-IBG Shorts, to promote films by geographers and films about geography. Founded in 2016 we now have over 150 films online.

Storytelling for All : Skillshare Bedouin Women and Men through Film and Craft Impact and Engagement AHRC £98,000 PI  2023/24

Following on from the Newton award winning work carried out in Jordan for OPOF, Storytelling for All (SFA) will enhance the value of Bedouin tangible and intangible cultural heritage in South Sinai, Egypt, through the production of a handcrafted community map wallhanging. This follow-on project will develop and expand the handcrafting and storytelling methods to deliver a series of workshops for Bedouin communities in the South Sinai, Egypt. These workshops will incorporate a new filmmaking element helping to increase the focus on storytelling, overcome barriers to representation and inclusion, and increase impact through dissemination. Bespoke training in filmmaking will allow participants to determine themselves how they represent their work and will highlight and make visible the huge amount of undervalued knowledge and creativity held by Bedouin communities.

Working with the same team of UK artists from OPOF, alongside Egyptian local partners Megawra, Metafilmes and residents of south Sinai, the project will deliver a series of skillshare based heritage focused workshops for women that will also include filmmaking training. By increasing the sense of ownership over the means of production and the means of representation of the production the project highlights the value of intangible cultural heritage as a means of female intergenerational knowledge transfer and production. The workshops will also deliver a high level of valuable and transferable skills training through a skill-share model with participants acting as both students and trainers. Combining filmmaking with crafting to tell heritage stories that will be screened, exhibited and shared online will allow the local community to reach a wider international audience beyond direct tourist visitors to the region.

'Our Past, Our Future, All Together in Faynan’ AHRC 2019-21 Newton Prize Award Winner 2020
Faynan is an impoverished region of southern Jordan that is mostly populated by members of four different Bedouin tribes. It has a remarkable landscape of archaeology that has received more than 40 years of research, principally by UK, US and German research teams. The Department of Antiquities, supported by the AHRC has begun to develop a local museum with the joint aims of developing eco-tourism to generate income into the local community for sustainable development, and build community engagement with the museum for social cohesiveness and well-being. This project will build community engagement with the Faynan Museum and facilities for eco-tourism to support social cohesiveness, individual well-being and sustainable economic development in Faynan. The two year project is structured into six different sub-projects. I am mainly running the sub-project  ‘Local Voices’ with a Jordanian partner Dr Fatima Al-Nammari. I will be working with a team of artists who will be running a series of workshops with members of the tribal communities in Faynan. We will be devising, designing and manufacturing ‘community history/story maps’ using wool felt, and other local materials. These maps will be displayed in the museum alongside video and other material gathered during the research period.

A Different Sense of Space: How Bedouins mapped the Sinai  British Academy Leverhulme 2014-2017
While there have been Bedouin tribes living in the Sinai peninsula since the Islamic conquest of Egypt in the 7th century (mostly between 13th and 17th centuries) it is often assumed that because Bedouin culture relies on oral transmission of its history, there are no written documents relating specifically to this long and rich history, other than traveller accounts. Now online, this project set out to map an important an under-researched series of documents housed in St. Katherine’s monastery in order to build up a historical geography of the Bedouin in the South Sinai and explore the impact of Bedouin spatial imaginations on boundary development in the South Sinai. 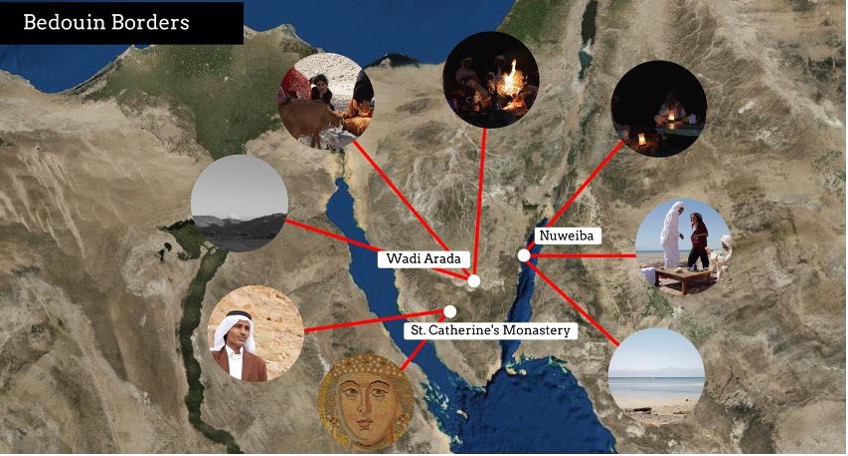 GEG4009 Ideas and Practice in Geography 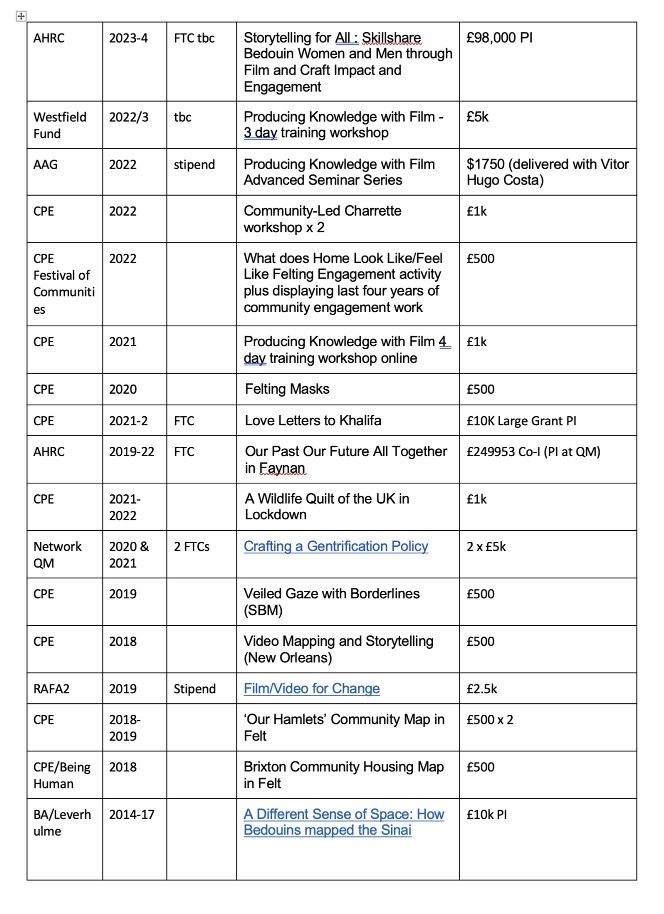 Jacobs J (2017) Co-operate not Speculate: A Report for the London Co-operative Housing Group

Jacobs, J (2011) ‘Visualising the visceral: Exploring the role of filmmaking in the (re)production of Intangible Heritage’ in Sharing Cultures Green Lines Institute Barcelos

Jacobs, J (2010) ‘Re-branding the Levant: contested heritage and colonial modernities in Amman and Damascus’ Journal of Tourism and Cultural Change 8: 4, 316-326

Jacobs, J (2015) ‘On the Margins of Terror, Daesh and the new geographies of hate in the Sinai’ Open Democracy 13 February 2015

Jacobs, J (2010) 'Queens of the Desert and the Ethnomasquerade' in Go Down Moses: A book on the South Sinai (Ed, Ahmad Hosni) commissioned by the European Commission as part of the South Sinai Regional Development Programme (SSRDP)

Navigating systems of care and their intersections in the context of multimorbidity:a qualititative study of working-age adults with long-term mental and physical health conditions

The 'Community Charrette' is based on a core value that engagement with stakeholders and the wider public, inclusivity and collaboration are key to successful development practice. The workshop’s focus on bringing different groups together is aimed at increasing accessibility – appealing to a wide range of the public who will have the opportunity to express their opinions and ideas. Raising the profile of the university - this charrette is concerned with one of the largest new housing and industrial developments in London and is likely to draw a lot of press attention, helping to raise the profile of their work and the University. The charrette was led by the community and a community-led by design approach. This activity was of particular interest to students of urban geography, development and business studies. The activity also builds on my existing AHRC Newton Award winning research on creative approaches to community engagement practices, including my previous work on devising a community led policy on gentrification in South London.

What does home look like, feel like? Festival of Communities CPE June 2022 Felting activity and retrospective of engagement activities of last 4 years

These felting workshops set out to investigate how our society adapted to Covid-19 by examining the role that masks are now playing in our lives. We chose the medium of wool felt as a flexible material that lends itself well to taking on the shape of a mask but also for its fantastic qualities as a natural fibre.

For the workshop we created a unique and bespoke ‘felting kit’ and created a series of video tutorials and handouts teaching wet and dry felting. As we were in lockdown we delivered the workshops via four online zoom sessions where artists Andrea Morreau and Emily O’Mara guided participants through the different techniques for working in felt as well as some ideas for decorating and embellishing your masks. While workshops via zoom quickly became part of the new ‘normal’ they can be very limited in their scope. We also wanted to design a learning space where a lot of the activities could take place in between our meetings. Our Whatsapp Group was for participants to share their progress and troubleshoot. The Zoom meetings were a space where they could reflect back on what they had learned and/or discovered as well as receiving guidance on how to wet and dry felt. We took the approach that the process was just as important, if not more important than the product. And the more attention we pay to the process, the better the product. The masks have been on exhibition at Festival of Communities, 198 Brixton and have also been filmed while being projected onto different urban landscapes in London.

Veiled Gaze An Exhibition exploring our intimacies with the veil, celebrating its aesthetics, embodiment and examining its performative role in association with Borderlines SBM CPE 2019

Annual Calls for Films and Film Screening with FilmGeographies

2021 Call for Films on Borders, Borderlands and Bordering with Screening for

2022 Call for Films on Geographies Beyond Recovery

Love Letters are a series of short films telling stories of place made by young residents (aged 14-18) of al-Khalifa neighbourhood in historic Cairo shot during 2020-22. The project is a collaboration with Queen Mary University of London (Jessica Jacobs), Megawra (Athar Lina Initiative) and Filmmaker Vitor Hugo Costa (Metafilmes). The project used a unique place-based heritage approach to develop the original stories with the young filmmakers. The original workshop was planned to take place on location in al-khalifa in the summer of 2020 but due to Covid-19 we had to redesign it and move it online. In the summer of 2022 we managed to continue the workshop with young people in al-khalifa area so we could complete the five short films and present them at a public screening open to the local community including government officials.